Brandenburg has been a strong asset to Ware Malcomb’s Oak Brook and Chicago, Illinois offices. He joined the firm as a project manager in 2013 and was promoted to studio manager in 2015. Brandenburg has experience in all facets of architecture and has worked on a wide variety of projects including office, industrial, hospitality, retail, medical office and aviation. Brandenburg’s versatile skills have allowed him to build a strong operations structure for the Midwest offices. In his new role, his operations management responsibilities include Ware Malcomb offices in Oak Brook, Chicago, Toronto, Canada and Atlanta, Georgia. 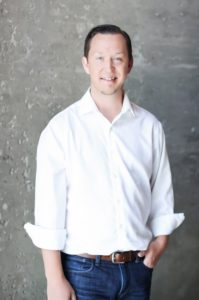 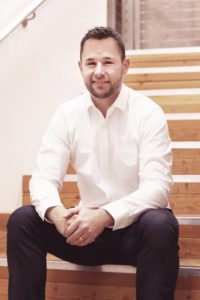 A licensed architect in Illinois, Massachusetts, Kentucky, Iowa, Wisconsin, Ohio and Indiana, Brandenburg holds a Bachelor of Science degree with honors in Architectural Studies and a Master of Architecture degree, both from University of Illinois at Urbana/Champaign. He is certified by the National Council of Architectural Registration Boards and a Certified Development, Design and Construction Professional.

In his new role, Flick manages the Midwest design operations of Ware Malcomb and is responsible for the design of select architectural projects. He brings 14 years of architectural design knowledge and expertise to the Ware Malcomb team. Previously working for four years in Ware Malcomb’s Design studio, Flick re-joined Ware Malcomb in 2015 as a project designer and has since led the design on a number of architectural projects throughout North America. His experience includes master planning, overall design implementation and client management. Throughout his career, he has worked on a variety of corporate office, industrial, distribution, healthcare, auto and retail projects.

Flick holds a Bachelor of Science in Architecture and Environmental Design from Kent State University. He is a licensed architect in Illinois and a member of the American Institute of Architects, a LEED Accredited Professional and NCARB certified.