Kent moves into his new role following Wood’s two-year term as president, during which the association saw dramatic growth across a multitude of platforms. 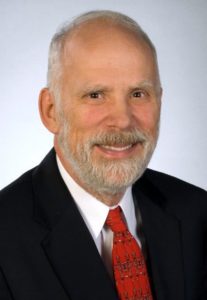 Since 2015, the association has gone from one local chapter to seven, strengthened its support of leading U.S. conferences and international healthcare facility management organizations and expanded its reach through a series of white papers, magazine articles and videos. Kent has played a pivotal role in each of these initiatives, and looks to build upon that momentum in his two-year term as HCI president.

“The Health Care Institute has developed a strong foundation for supporting its members with industry-leading education and networking opportunities,” Kent says. “In the year ahead, we’re looking to strengthen the resources available to our members and grow the conversation on how to best serve the evolving healthcare industry. I look forward to furthering this conversation through my new role at HCI.”

In his role at Nemours, Kent is responsible for everything from real estate to design and construction for all of the Nemours facilities, which span several states. Recently, that has comprised more than $750 million in projects, including a new hospital in Orlando, Florida and a large addition to a hospital in Wilmington, Delaware. Kent earned a BA in Architecture at Texas A&M University.