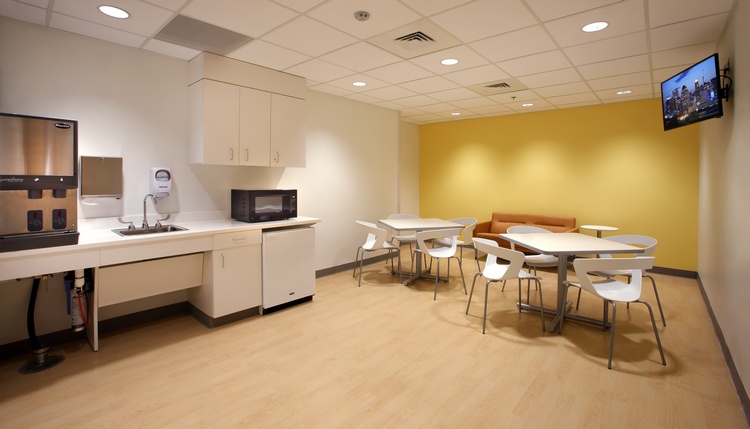 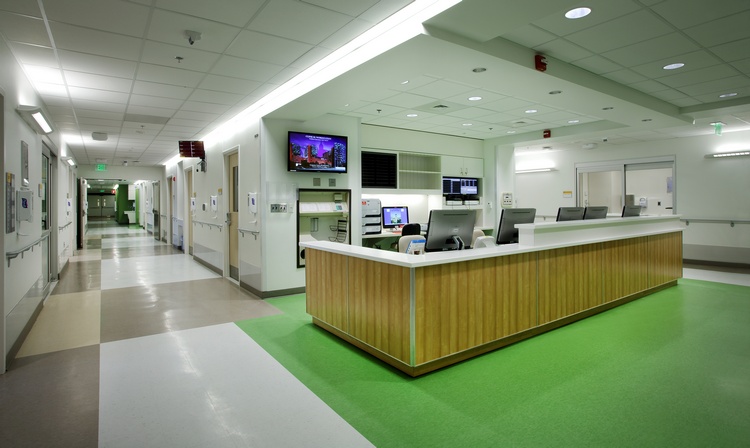 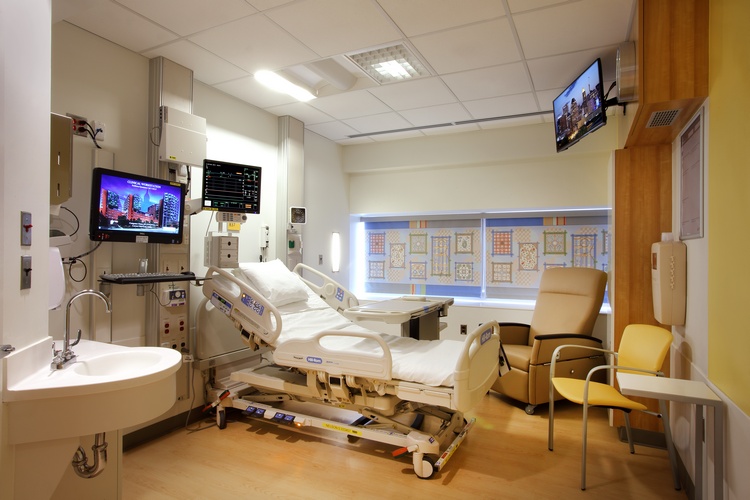 Nelson/Harvey Building renovations at The Johns Hopkins Hospital in East Baltimore, Maryland are complete after a nearly 24-month construction project to completely modernize the two buildings originally built in 1977. The makeover adds 136 new private patient rooms, which will be used primarily for Department of Medicine, pulmonology, gastroenterology and cardiac medicine patients.

The goal of this and other recent construction projects at Johns Hopkins is making the hospital stay more comfortable for patients and their families. In addition to the private patient rooms, the Nelson/Harvey Building offers sleeping accommodations for family members, family respite areas on each floor, updated software and equipment for caregivers and many more modern amenities.

“We want patients to have first-class care, and that starts the moment they step on our campus,” says Ronald R. Peterson, president of The Johns Hopkins Hospital and Health System and executive vice president of Johns Hopkins Medicine. “A lot of thought and care has gone into this project, and it shows.”

These renovations—part of a larger East Baltimore campus redevelopment project—nearly complete the hospital’s conversion to all-private rooms. The last phase of renovations, consisting of 48 private rooms and 18 rehabilitation rooms, will take place in the Meyer Building, which was built in 1982. The project begins in November 2014 and is scheduled for completion in mid-2016.

The refurbished Nelson/Harvey Building, located on the northeast side of the hospital’s campus, has finishes that resemble those in The Charlotte R. Bloomberg Children’s Center and the Sheikh Zayed Tower, which opened in May 2012.

Contractor for the project was Whiting-Turner Contracting Company and Wilmot Sanz Inc. served as architect.