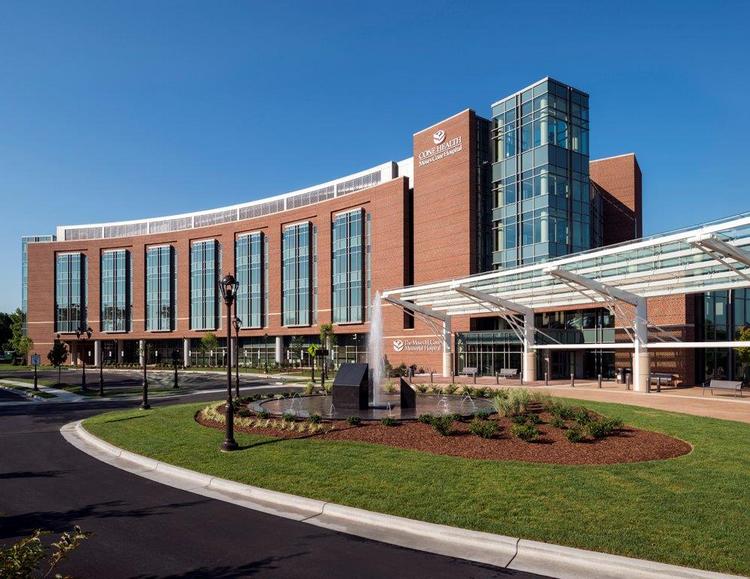 The tower was designed to be LEED Silver certified. In addition to sustainable design features, a solar hot water system and locally sourced building materials, the patient tower was the first healthcare facility in the state to heat and cool patient rooms with active chilled beams – an advanced system designed to heat and cool buildings at the point of use with chilled and hot water coils and low-pressure air to induce circulation and air changes within the space. According to mechanical, electrical and plumbing engineering firm, Affiliated Engineers, Inc., the active chilled beams on the three patient floors are projected to provide at least a 40 percent energy savings over a typical variable air volume heating, ventilation and air conditioning system serving the same area.

“The tower has been open for just under a year so far and we are pleased with our performance metrics achieved to this point,” explains Karen Kendall, campus projects director for Cone Health. “Within the private patient rooms inside our North Tower, patient satisfaction with their accommodations has reached 99 percent for several months in a row.”

Cone Health will move onto the final phases of its campus redevelopment with the opening of the expanded central energy plant later this year, which includes chillers, cooling towers, generators and other facility infrastructure systems. The building will be demolished once the CEP expansion is completed. Using the CEP as a springboard, Cone Health’s leadership will have updated and replaced a large portion of all infrastructure systems across the entire campus upon completion, including untouched areas of the campus. Other final renovations to endoscopy, the MRI suite and the grand stairway and corridor will be complete in early 2015.