PHILADELPHIA, Pa. — Richard L. (Rick) Stoudt, Jr. has joined L.F. Driscoll as a senior operations executive. In his new role, Stoudt will provide both operations and client and project development oversight. His focus will be market development, with an emphasis on healthcare, in the central Pennsylvania region. 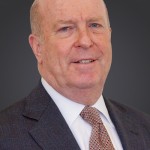 Stoudt is a 35-year veteran. His career work has been focused in central and southeastern Pa. and southern N.J.. However, he has also managed major projects in Chicago, Ill., Seattle, Wash., Denver, Colo. and Tulsa and Miami, Fla.

Prior to joining L.F. Driscoll, he was a senior vice president for Hammes Company, a healthcare consulting firm. Major projects under his oversight included over 2.1 million square feet of new healthcare facility development, including the 680,000-square-foot Virtua replacement hospital in Voorhees, N.J.

He also enjoyed a long tenure at Turner Construction, beginning his career there as a field engineer and culminating it as vice president in charge of the central Pennsylvania region. His body of work includes numerous hospital, laboratory and other healthcare facilities, as well as notable projects such as the New Jersey Performing Arts Center in Newark and Philadelphia, Pa. airport terminals B and C improvements, among many others.

Stoudt is a graduate of Pennsylvania State University with a bachelor’s degree in architectural engineering and construction management. He is an active member of American Society for Healthcare Engineering and is past board member and board chair at Gwynedd Mercy University. He is also active on several community boards in his hometown of Fleetwood, Pa., as well as with Penn State athletics.