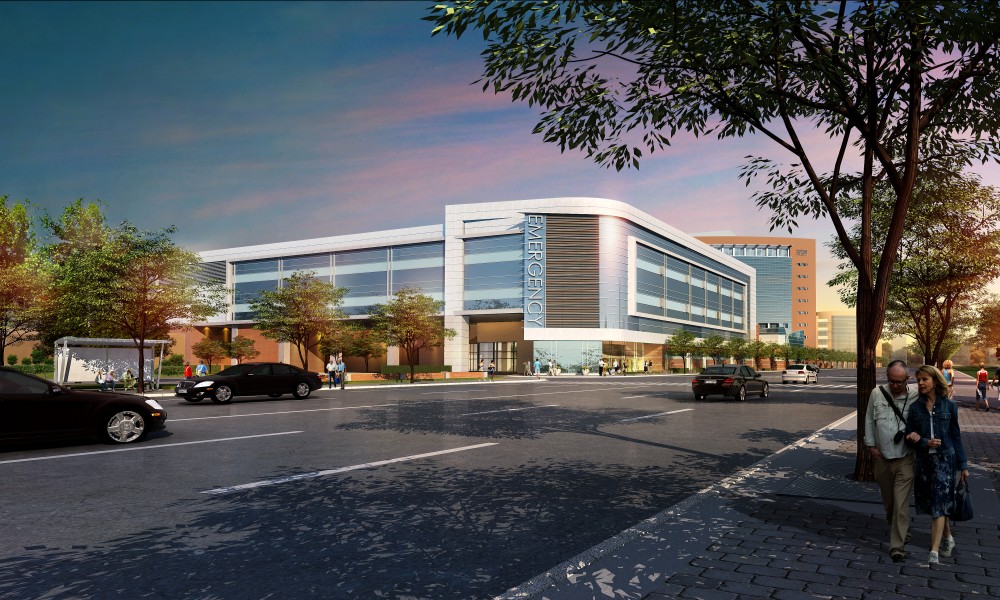 ORLANDO, Fla. — Brasfield & Gorrie announced that use of an innovative approach to project delivery has contributed to the continued progress of construction at Orlando Regional Medical Center in Orlando, Fla. The project team recently celebrated the topping out of the patient bed tower, which utilizes Integrated Project Delivery, a collaborative delivery system involving engagement of all parties throughout the life of a project, from its outset to completion. The tower is part of an estimated $297-million project.

“This approach invited everyone to the table early on to map out the construction strategy, thereby increasing transparency and enabling us to provide Orlando Health with realistic cost projections at the start of the project,” said Brasfield & Gorrie Operations Manager Ren Tilden.

Most commonly used in healthcare construction projects, IPD has been shown to improve construction efficiency, risk management and predictability of cost and schedule. In keeping with IPD’s focus on collaboration and to facilitate strong communication, all subcontractors for the Orlando Regional Medical Center expansion project are working alongside the project team in a warehouse located near the jobsite.

“The best outcome of this process is that it is enabling us to deliver a building that satisfies the expectations of our client while deepening trust and support between contractors and subcontractors,” said Tilden. The Orlando Regional Medical Center bed tower expansion is the third project in which Brasfield & Gorrie has used this method of project delivery. The company also utilized IPD in construction of the Texoma Medical Center in Denison, Texas, and the Spring Valley Hospital in Las Vegas, Nev. While IPD is not appropriate for every project, Brasfield & Gorrie is capitalizing on lessons learned from this relatively new approach, and it has begun incorporating elements of IPD into other projects.

The expansion and renovation of the existing Orlando Regional Medical Center involves construction of a 10-story patient bed tower and a four-story expansion on the south and east sides of the existing hospital. The new approximately 353,000-square-foot tower includes more than 190 beds and shell floors for future growth. The new patient tower will feature dedicated cardiac floors and a new trauma intensive care unit. A grand atrium lobby will connect the new patient tower with the existing structure to provide a welcoming entrance for patients and visitors.

Brasfield & Gorrie is the project’s construction manager and HKS is the architect of record.

The topping out ceremony signifies the end of the project’s structural construction phase. Groundbreaking took place in April 2012, and construction is expected to be complete in late 2014.