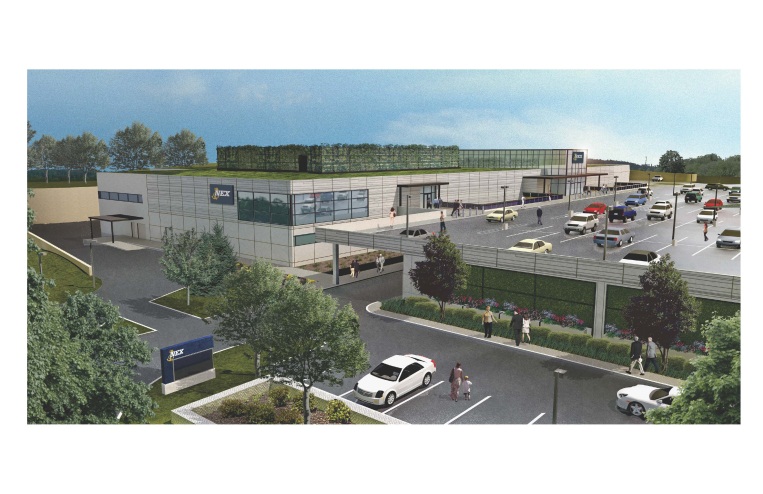 Bethesda, Md.– Brasfield & Gorrie, in a joint venture with Walbridge, announced the completion of the new Main Exchange Complex at Walter Reed National Military Medical Center in Bethesda, Maryland. This design-build project began in July 2011 and was completed in October 2012. Grand opening ceremonies were held by the commanding officer of Naval Support Activities Bethesda on Saturday, November 10, and the facility is now serving the campus.

The complex is the largest Navy Exchange in metropolitan Washington, D.C., and was designed to serve the retail and personal needs of active duty, wounded warriors, reserve and retired military personnel. The Exchange was designed to be the first Leadership in Energy and Environmental Design Gold-certified exchange and was constructed to antiterrorism and force protection standards.

“We are proud of our work on behalf of the Naval Facilities Engineering Command,” stated Jason Hard, Operations Manager at Brasfield & Gorrie. “This project will impact the lives of our nation’s military families being treated and serving at the National Military Medical Center, and we are honored to help support those who serve our country.”

The 151,450-square-foot, $42-million project included the erection of a 15,000-square-foot temporary store in a separate location as well as development of an on-grade parking lot, an elevated 100,000-square-foot, one-story parking structure, site

utilities and roadways. The Exchange includes a pharmacy, barbershop, beauty salon, clothing and jewelry retailers, food court, dry cleaner and uniform center. A green roof, which is covered in vegetation to reduce storm water runoff and lower cooling costs, will eventually cover the majority of the facility.

Other project partners on the team include CMH Architects, Timmons Group and I.C. Thomasson.