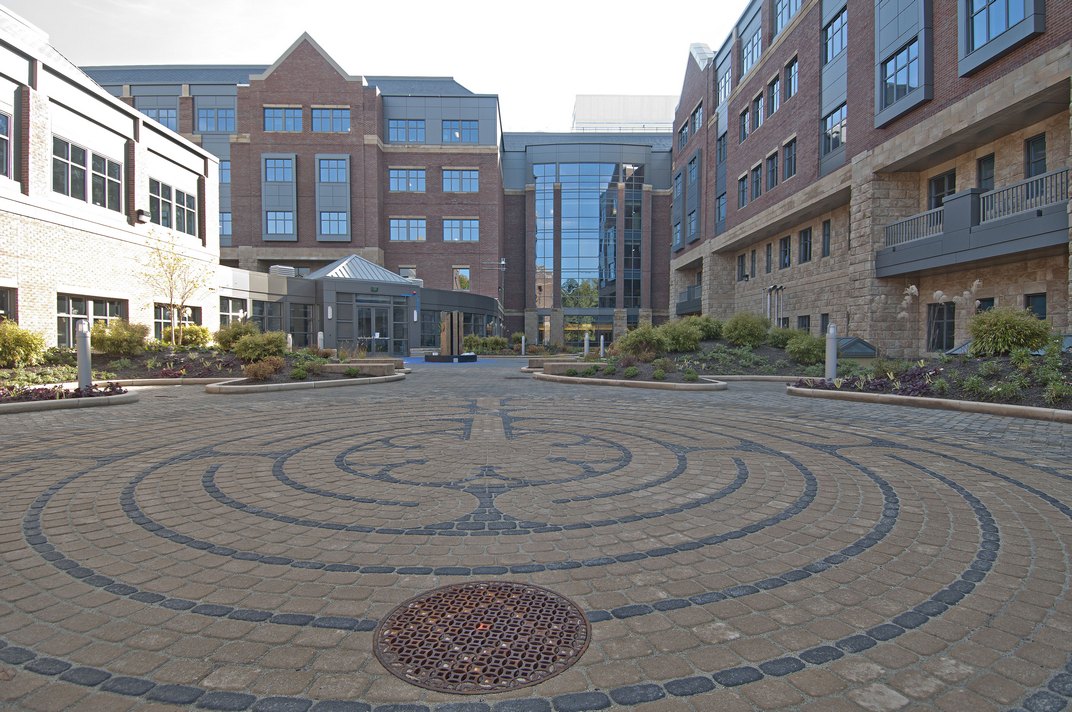 BOSTON, Mass. — Suffolk Construction recently joined Baystate Health in celebrating the opening of phase one of its expansion and facility replacement project at Baystate Medical Center. Located in Springfield, Mass., the $296-million, 641,000-square-foot new clinical facility houses a state-of-the-art heart and vascular center as well as critical-care and inpatient rooms designed in collaboration with patients and families. Suffolk has already begun work on phase two, a new emergency department, which will triple the size of Baystate’s existing emergency room, one of the busiest in the nation. Suffolk provided pre-construction and construction management services for the project, which is part of a 15-year master plan for the hospital—the largest medical facility in Western Massachusetts. The project is predominantly new construction, including multiple tunnels and bridges, with tie-ins to two existing buildings. Of the new construction, approximately 40 percent remains as shell space for future development. Suffolk maintained vehicular and pedestrian traffic flow while relocating sidewalks, utilities, and the hospital’s main patient valet entrance. Permanent and temporary earth retention systems were required as the new building foundation was much lower than the existing adjacent buildings. The facility features its own central heating and cooling plant with three chillers, two cooling towers, and three boilers. Using Building Information Modeling, Suffolk saved significant time and money on the project. The team is also working with Baystate Health to develop 6-D facility maintenance options that will best suit the hospital’s needs in order to operate the building in the most efficient and economical ways possible. Suffolk adhered to the sustainable design principles of The Green Guide for Health Care and incorporated green elements, including a seven-story light well and green roof.

For more than three and a half years, Suffolk worked with Baystate Health to ensure that local workforce goals were achieved. The project created an average of 300 construction jobs, and 77 percent of the total hours worked was by Springfield residents, people who live within 50 miles of Baystate’s Springfield campus, women, or minorities.

Construction Underway for Expanded Emergency Department
The second phase of the Baystate facility-replacement project consists of a new $25-million emergency department to be located on the first floor of the new building. When completed in late 2012, the 70,000-square-foot emergency room will be more than three times the size of the hospital’s existing emergency room.

The new expanded ED will feature 90 patient treatment rooms, including 65 adult rooms, eight behavioral rooms and a dedicated children’s area with 17 pediatric rooms. It will also feature an updated helicopter pad, which is being moved from an adjacent parking lot to the fifth-floor roof, with an express elevator connecting it to the emergency room.

The project is designed by Steffian Bradley Architects. Construction on the first phase began in 2008, and phase two started in summer 2011.

Baystate Medical Center is the only Level 1 trauma center in Western Massachusetts; a Magnet Hospital for Nursing Excellence; and a multiple winner of the Beacon Award for Critical Care Excellence Baystate is also a Leapfrog Top Hospital for Quality and Safety.