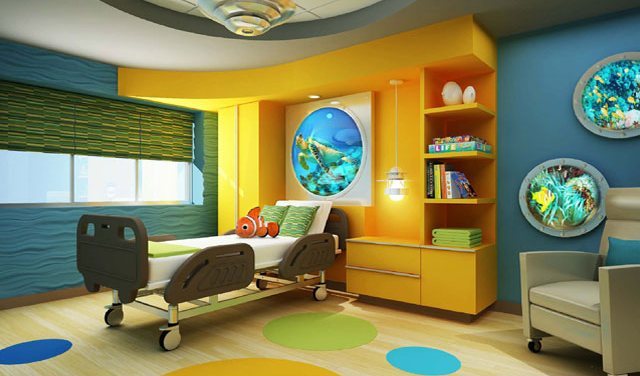 The Grand Opening of the Pediatric Care Center is the first of two major events this summer at Shore. Toward the end of the summer, Shore will open its new $125-million Surgical Pavilion and Campus Expansion, the largest in the hospital’s history.

Built at a cost of $1.8 million, the 4,800-square-foot facility has 11 total beds. It includes a separate emergency treatment area, which has four state-of-the-art specially designed and decorated treatment rooms for children. The unit also features five state-of-the-art child centric patient rooms, as well as a play room-waiting area, a family lounge and themed nurse’s station. 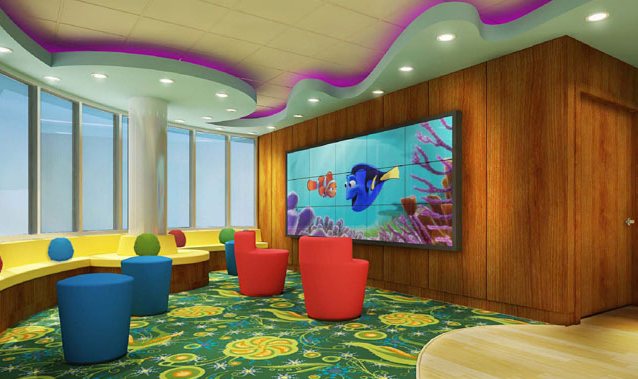 “Parents and the kids themselves don’t like to be mixed in with the grownups treated in a normal emergency room setting,” Johnson said. “When faced with an emergency or illness, parents also want their children seen by doctors and nurses who specialize and excel in pediatric medicine. That is what we are providing the community at our new Pediatric Care Center.”

The new center is one of six Centers of Excellence at Shore Memorial Hospital. COEs also include the Cancer Center, the Cardiovascular Institute, the Neurosciences Institute, the Advanced Spine and Orthopedic Institute and Emergency Department. 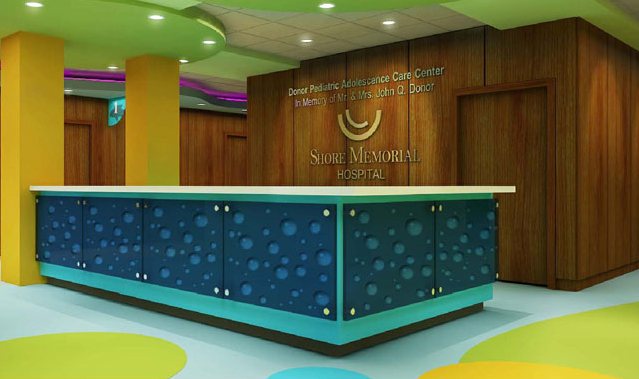 Shore Memorial Health Foundation’s Leaders Alliance provided fundraising support for the Pediatric Care Center, including the video wall and other amenities such as toys for the Play Room-Waiting Area. The Ronald McDonald House provided the furniture and amenities for the family lounge and chairs for the play room-waiting area.