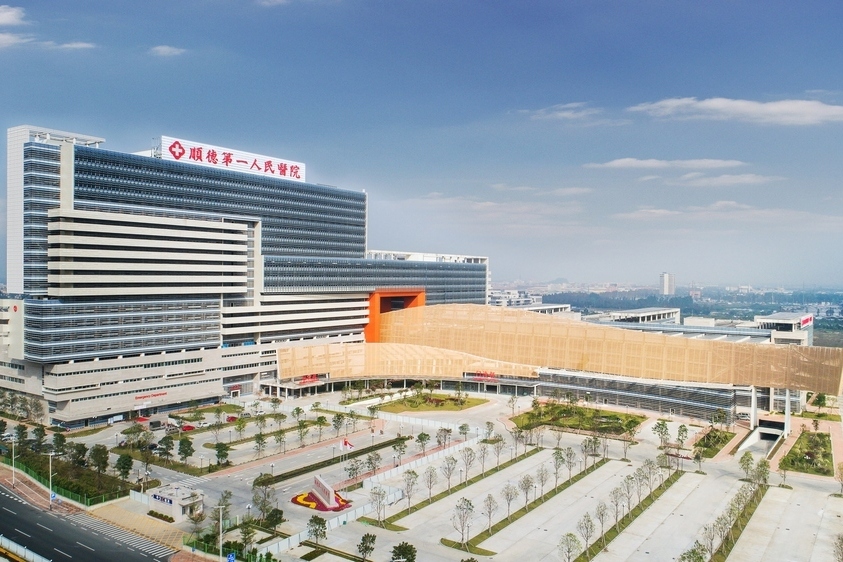 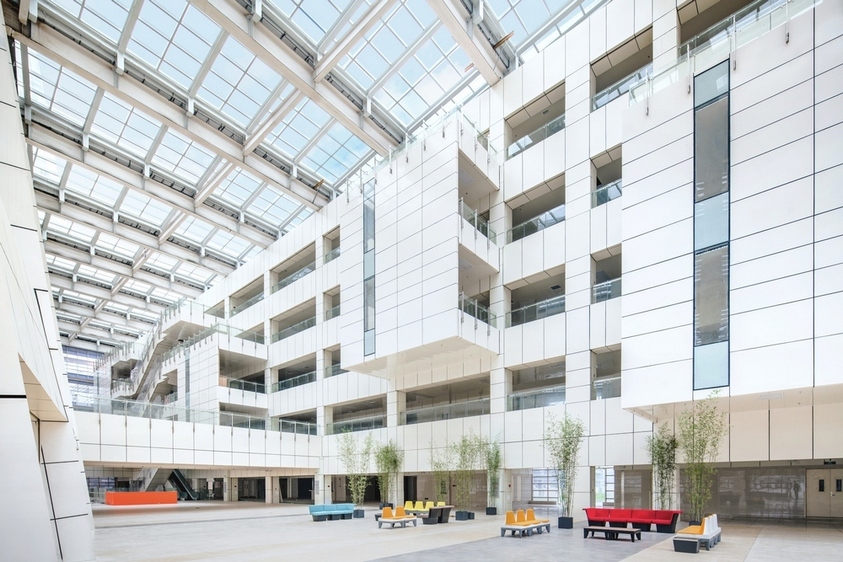 HMC was awarded the contract through an international design competition that posed the challenge to design a hospital that combined Western healthcare innovations with local Chinese practices. The new design was also influenced by the outbreak of severe acute respiratory syndrome from 2002 to 2003 that left a profound mark on southern China, where the disease affected thousands of people and killed hundreds. The crisis forced major policy changes to respond better to emergencies and has influenced new hospital design.

The new 3-million-square-foot hospital was completed in late 2017, and features the latest infection control measures and the ability to handle a large influx of patients. The teaching hospital for the medical school consists of a 2,000-bed inpatient tower, 6,000 outpatients-per-day ambulatory care center, cancer center and medical research and infectious disease buildings. Using sustainable design strategies to optimize the hospital’s building performance was also a priority for HMC’s client, and a relatively new concept for the entire region’s medical centers.

The project was recognized with a national AIA American College of Healthcare Architects design award (unbuilt category) in 2011. Zhongtiang Construction Group was the general contractor on the project.