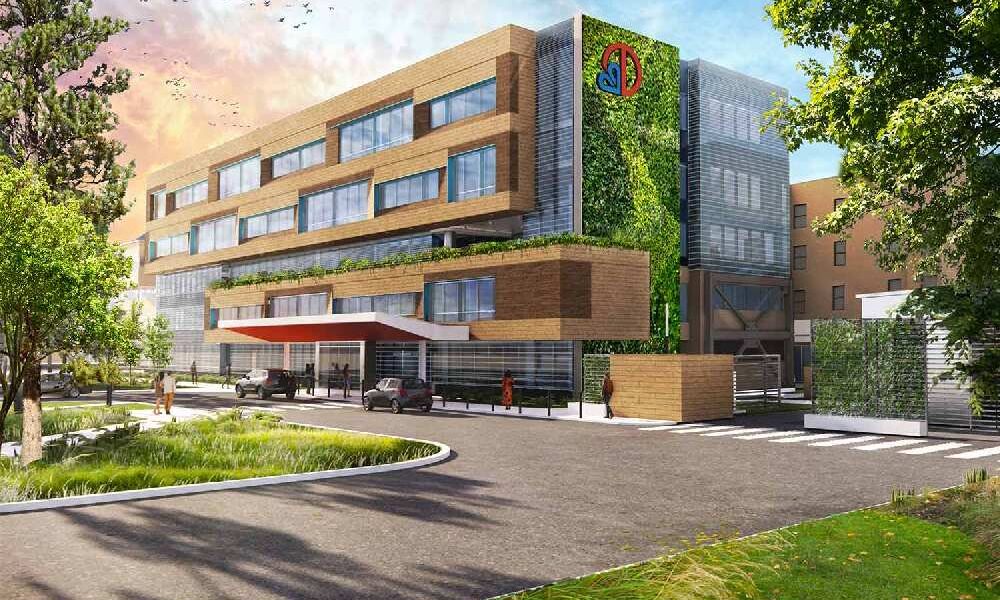 Deborah Heart and Lung Center, Browns Mills, New Jersey, recently broke ground on a $108-million capital expansion and renovation project. The groundbreaking coincides with the healthcare organization’s 100th-anniversary celebration this year. The project team includes EwingCole and Torcon, Inc. It is expected to be complete in 2024.

The Project – as it is called – results from a campus-wide master plan. New construction includes a three-story vertical addition to existing hospital space, having a total of 36 private patient rooms. Three existing patient care units will be renovated following the new construction, bringing the hospital’s total licensed bed count to 95. Also included are upgrades to cardiac catheterization labs, a new pharmacy cleanroom and new robotic technology in the electrophysiology labs. Throughout the new construction and renovations, the most advanced digital and electronic systems have been integrated.

“Deborah clinical and support staff were fully engaged in the planning of the new and renovated space,” said Joseph Chirichella, president and CEO of Deborah Heart and Lung Center. “Our Facilities Team created a simulated patient room to the exact drawing specifications where staff was able to provide their suggestions for how the space should be designed.”

When completed, Chirichella added, all patient rooms will be private, all new rooms will be critical care and isolation capable, and there will be a floor of dedicated respite space for staff with indoor and outdoor covered lounges, as well as quiet rooms.

This project is financed by an $88-million U.S. Department of Agriculture low-interest loan for rural development; $10 million from Greater Commercial Lending and a capital fundraising campaign by Deborah Hospital Foundation that has raised the necessary balance of funds.