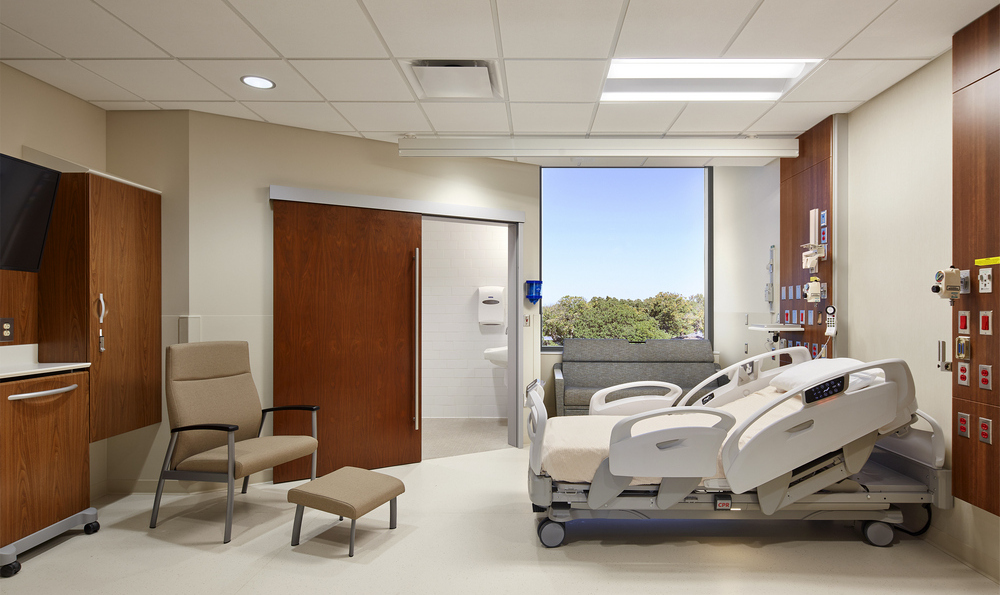 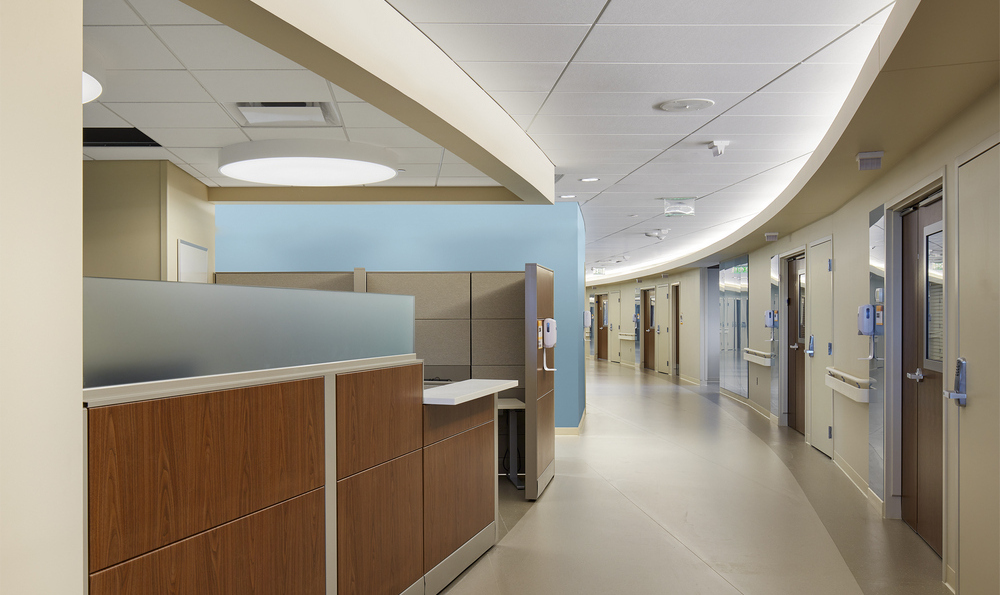 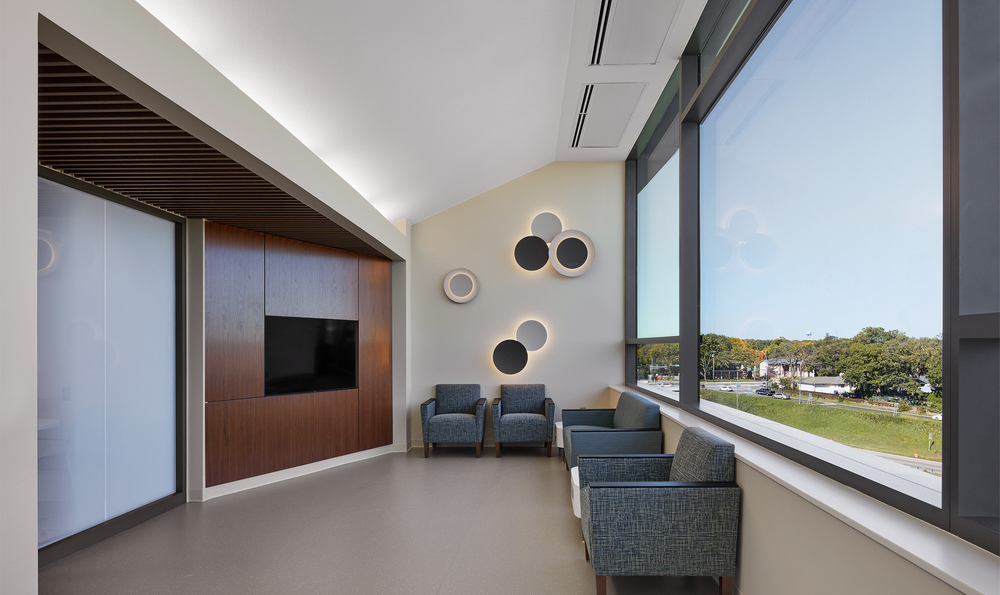 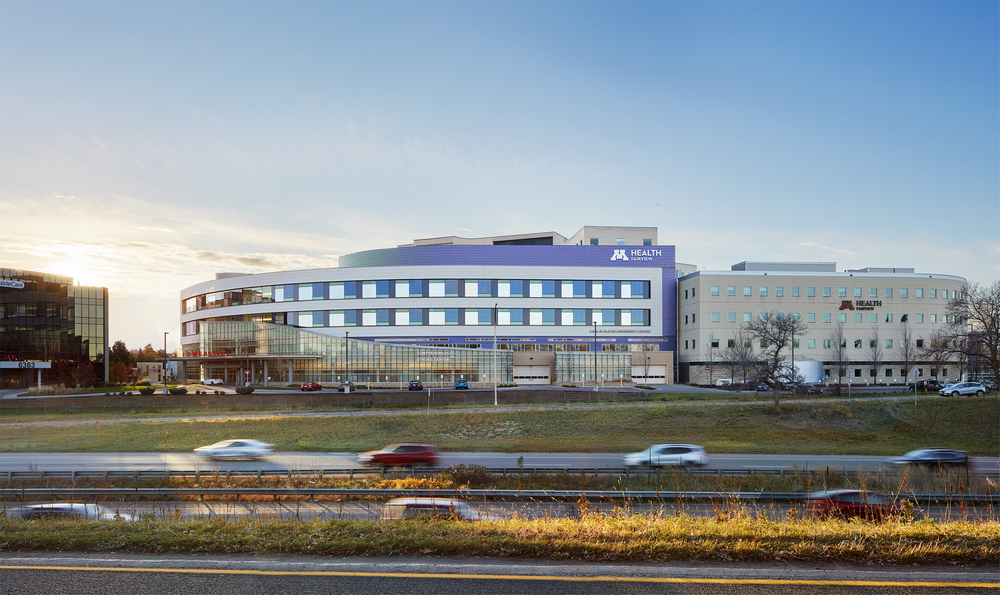 A 50,000-square-foot expansion at M Health Fairview Southdale Hospital in Minneapolis, Minnesota has been completed. The project included a two-story addition atop the existing emergency department. The expansion bridges the design language of two earlier buildings on campus and features a contemporary design. The exterior features white fiber cement board panels complementing the cream white brick of the original bed tower, which was built in 1964.

Large recessed ribbon windows have hints of reflective and green glass, echoing the materiality of the ED. Large windows in public corridors and patient rooms bathe the interior spaces with light and offer treetop-level views to the outdoors.

Single-occupancy patient rooms are designed for flexibility. The sizes and configurations of the 52 rooms allow healthcare teams to utilize the space for medical/surgical and intermediate care rooms. In addition, 12 isolation rooms were created to treat patients with infectious airborne cases, such as COVID-19. Modular headwalls and furniture allow the hospital to respond as community health needs change or in response to a potential future public health crisis. The project team included Perkins+Will and JE Dunn.