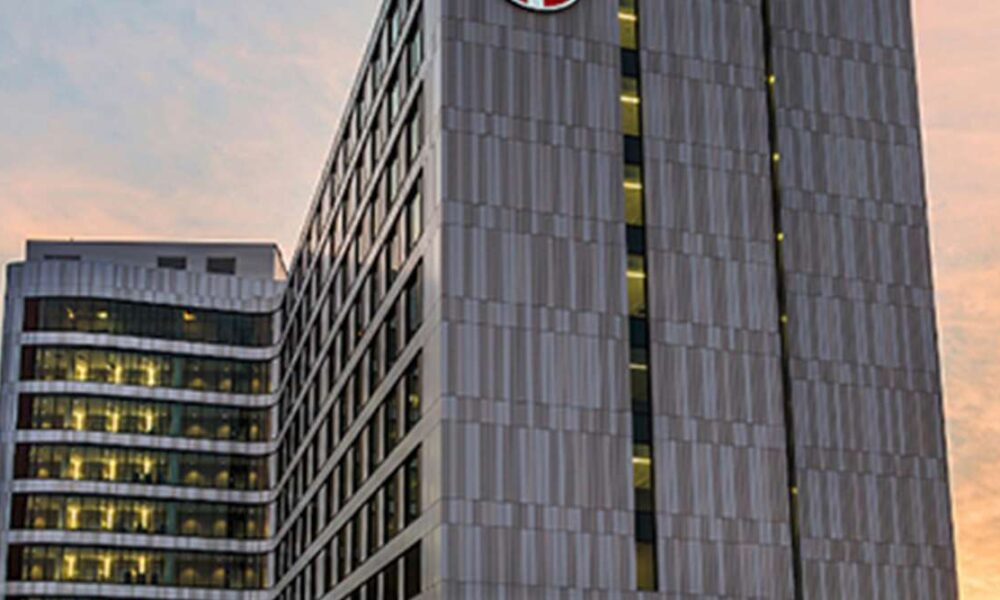 Every new feature for the Mercy Health Muskegon Medical Center was designed with patient care in mind, including energy efficiencies and visual aesthetics.

Described as a “…world-class destination for comprehensive health care,” the Mercy Health Muskegon Medical Center is a $271-million, ten-story health care facility and the crown jewel of the Mercy Campus in Muskegon, Michigan.

As the new home for the emergency department, the building also includes nearly 300 spacious, private patient rooms and state-of-the-art surgical units, effectively doubling the amount of floor space for medical staff to treat patients. The single-occupancy patient rooms allow for more privacy, equipment and three zones, which include the patient zone in the middle, the visitor zone in the back of the room, and the medical staff in the front of the room where they have access to computers and pass-through cabinets that hold about 80 percent of the supplies needed to care for patients.

Well before the groundbreaking for the impressive facility took place in 2016, planners knew they had several mandates to meet as they began designing the building.

Among other key considerations, owners wanted Mercy Health Muskegon to serve as a signature structure for the medical campus. They also sought to potentially achieve LEED certification. Products manufactured by CENTRIA were the perfect prescription.

Accelerating the timeline for completion became a key consideration, one that impacted decisions about the type of insulation specified for the building. Designers chose MetalWrap from CENTRIA, the company’s insulated composite backup panels that serve as the ultimate backup wall for nearly any type of exterior rainscreen system.

“Speed to market has become a critical issue,” said Mike Andric, associate vice president and healthcare architect at HGA Architects, who noted that the MetalWrap solution was easy to install by a singular crew, saving time.

“You look at one trade coming in versus two or three trades coming in to enclose the building, and obviously there’s going to be a difference as far as coordination efforts go,” Andric added. “Less coordination means more efficiency.”

Crews installed nearly 100,000 square feet of MetalWrap on the exterior wall of the high-rise facility. 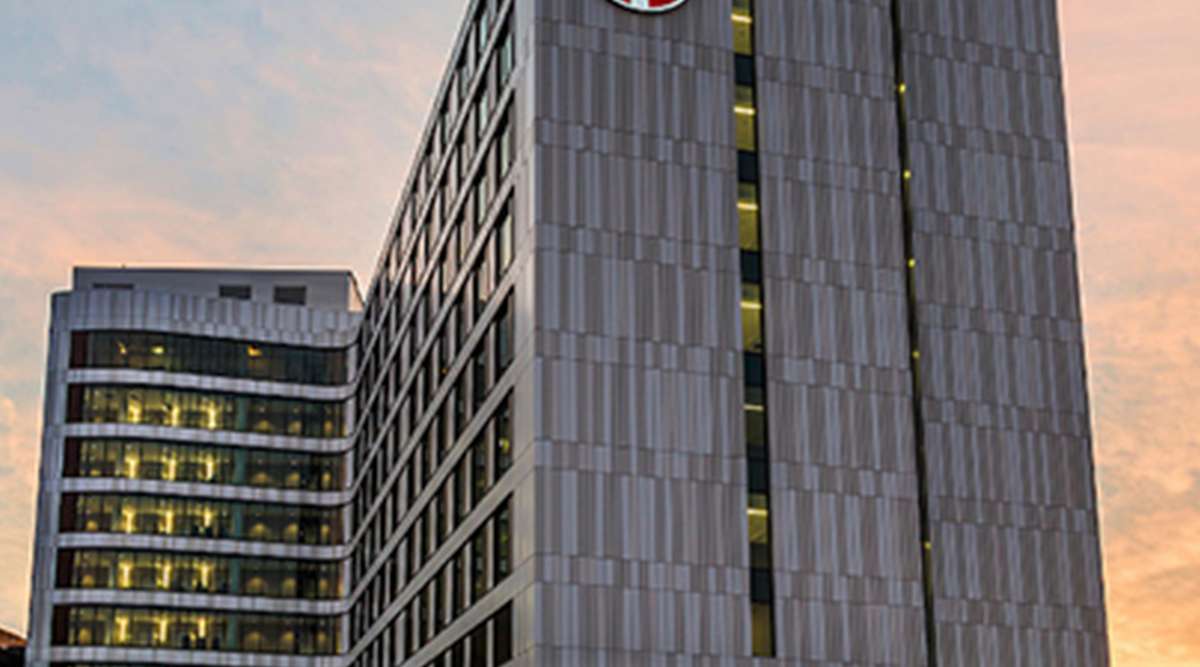 A Visual Statement
Rather than designing what amounted to a “white box” for the new healthcare facility, designers wanted to create visual interest with the building’s exterior while also delivering versatility and optimal performance.

Intercept from CENTRIA provided the aesthetic solution, which was installed over the MetalWrap and became the face of the building, covering almost all the outer walls.

The design team used a customized program to create a random pattern of colors for the exterior wall, which contributed dramatically to the building’s curb appeal.

“We ended up going with three different colors [for Intercept],” Andric noted. “They looked the same when you’re looking at small samples, but in the field, you can really detect the difference between the colors of the panels.”

Intercept is a modular metal wall panel system that enables designers to create architecturally pleasing exterior facades along with the protection afforded by a rainscreen. The solid metal substrate is non-combustible and is compliant with NFPA 285.

Intercept also carries the Declare Label, developed by the International Living Future Institute. The product achieved the label in 2020.

Community Access
Mercy Health Muskegon opened the new facility in phases starting in late 2018 through 2019. Architects, planners, and the medical system have applied for the facility to be officially LEED-certified. With this new facility, Mercy Health has changed the way care is provided to patients in the community.