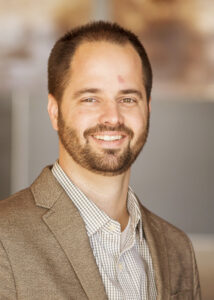 As vice president of operations, Felton will manage the operational aspects of McCarthy project work throughout Nebraska and western Iowa. He’ll also join the leadership team that oversees the company’s 28-state Central Region.

Since joining McCarthy’s Omaha office as project manager in 2007, Felton has led and managed more than 50 active and completed projects, with a total construction value of more than $1 billion. He led the construction team on the $350-million Mercy Joplin Replacement Hospital after an EF-5 tornado demolished the original facility. Other career highlights included serving as a project leader on the $250-million Generation Patient program, which encompassed all five campuses of Alegent Health (now CHI Health). Felton has also been instrumental in helping to expand the breadth of McCarthy’s project work across Nebraska and western Iowa. 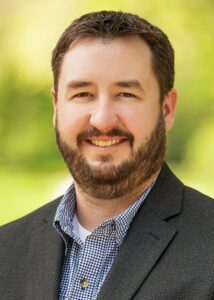 He joined McCarthy as a project engineer in 2007 and has overseen more than $1.38 billion of healthcare construction projects. Most recently, he managed construction of the Omaha VA Ambulatory Care Center, which opened ahead of schedule and under budget in summer 2020. He previously served as a project superintendent on the New Orleans VA Medical Center, a nine-building new campus that replaced critical medical infrastructure damaged by Hurricane Katrina.

Montgomery’s volunteer activities include the ACE Mentor Program of Greater Omaha, Greater Omaha Chamber of Commerce REACH Beyond Mentoring program, the Construction Advisory Committee at Metropolitan Community College and the Wayne State Center for Applied Technology Advisory Board. He also serves as an adjunct professor for the Construction Management program at Wayne State College.