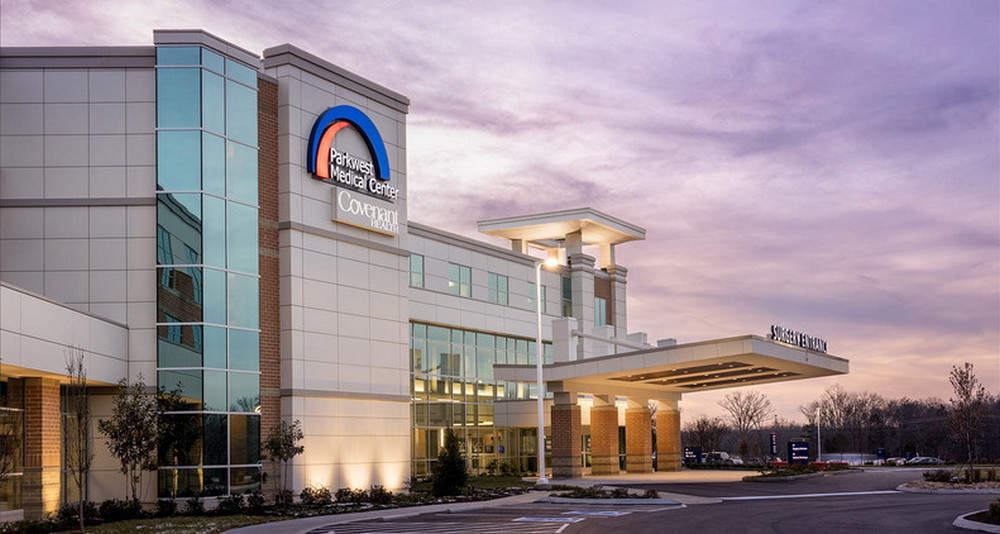 When Parkwest Medical Center needed to expand for a second time, designers looked to incorporate insulated metal panels due to their existing high-performance and design flexibility.

The result is the Dogwood Tower, a 145,000-square-foot, three-story structure that added a dedicated entrance to the medical facility for surgical patients, additional operating rooms, a clinical observation unit, and more patient rooms. Designers chose CENTRIA’s Formawall Dimension Series for the tower’s external wall so that it would seamlessly integrate into the medical campus and lay the foundation for future growth.

Relying on Past Performance
When the medical center underwent a previous expansion in the mid-200s, it involved the construction of the five-story Riverstone Tower. Designers specified CENTRIA insulated metal panels for the external cladding on that addition, and they turned to the product they had used before when it came time for the construction of the new Dogwood Tower.

“The medical center wanted the buildings to match as closely as possible,” said Craig Holloway, senior project manager for ESa (Earl Swensson Associates), the architectural firm that designed the Dogwood Tower. “Blending into the existing fabric of the campus was a big driver.”

Formawall Dimension Series offers a high-performance system by utilizing pressure equalization along the length of the horizontal joinery. The system delivers an uninterrupted appearance in both horizontal and vertical applications with concealed clips, fasteners, sealants, and the standard insulated metal vertical joint.

For Holloway, Formawall also offered an aesthetic counterpoint to other elements of the building envelope. “The brick brings warmth and tradition to the architecture, and the metal panel gives it a high-tech look,” Holloway noted.

Primed for Elevation
Specifying CENTRIA’s Formawal Dimension Series also enabled the hospital system to plan for potential growth on the surgical wing. The Dogwood Tower is currently three stories but is built in such a way that it can easily grow to five floors. “One of the benefits with the CENTRIA panel is that when they do add on floors in the future with a vertical expansion, we’re dealing with a very lightweight exterior skin that’s going to be easier to put up when you’re working four stories in the air,” Holloway explained.