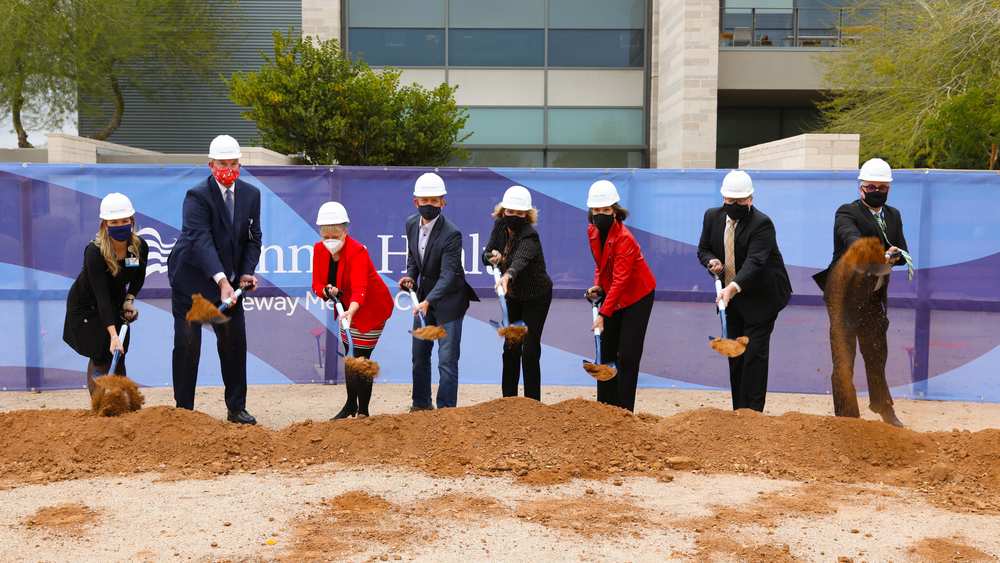 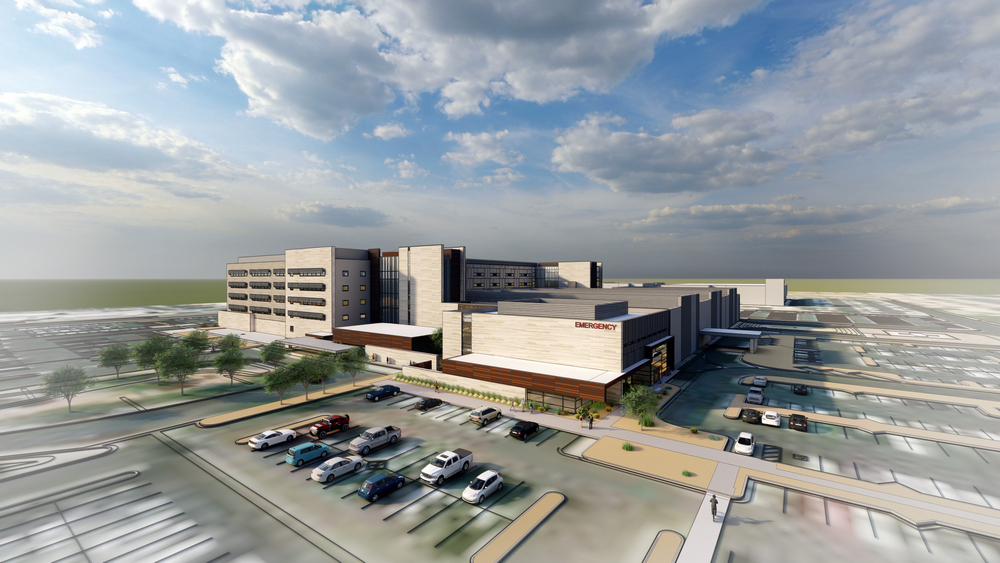 Ground has been broken on the $243-million, 351,000-square-foot Banner Gateway Medical Center Tower and Emergency Department expansion and renovation project, located in Gilbert, Arizona. The expansion essentially doubles the size of the medical center campus, addressing growing needs for women’s services and cancer care by bringing an additional patient tower, an expanded diagnostics and treatment area and more parking.

The planned expansion includes adding a second five-story patient tower. The new tower is a 208,500-square-foot addition that will bring 109 new patient beds to the facility initially, and provides the ability to increase the capacity of patient beds by an additional 72 to 358 total beds, once the shelled space is built out, to serve the rapidly growing East Valley. The project also includes a three-level, 85,000-square-foot expansion to the diagnostics and treatment building on the west side of the campus, including an expansion to the ED, as well as a two-level expansion to the existing diagnostics and treatment building on the east side of the campus.

In addition, the project will include the construction of two new surface parking lots, adding approximately 690 new parking spaces for visitor and staff use, as well as upgrades to the existing central utility plant. Approximately 40,000 square feet of additional renovation work is also planned within the existing medical center during the final phase of the project.

Construction on the tower expansion began in February 2021 and will complete in first quarter of 2023 on an accelerated schedule with the campus renovation work and parking lot additions completing in 2024. Banner expects to add more than 600 new jobs once the facility is opened.

The project is being managed using the integrated project delivery structure with the owner, design team, general contractor and trade partners all co-locating in a virtual “big room,” allowing for the project’s design and construction strategies to be developed and enhanced through a robust system of collaboration, solution innovations and coordination strategies being brought to the project to ensure operational excellence and end-user efficiency.

Some of the innovative cost- and time-saving measures on the project include:

As part of the IPD process, all the major building trade partners were contracted early in design to aid in target value design, constructability and building information modeling coordination prior to permit. This has proven to save on costs and ensures that the construction team is able to proceed with system fabrication earlier on in the project.