Betsy Beaman, AIA, IIDA, SEGD, has recently resigned from her position as studio design principal in EYP’s Atlanta, Georgia office. Beaman played a major role in developing the Atlanta office of EYP, since its opening in 2017. She recently announced her next career move will be to start her own design practice, called GOAT DESIGN. Although the new firm is still in its infancy and planning stage, it will focus on high-end contemporary residential design in conjunction with projects in healthcare, higher education and the arts. 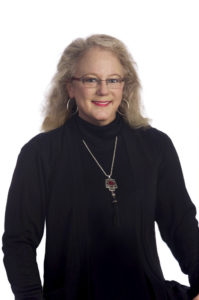 Drawing upon her expertise in integrated design, Beaman’s experience includes assembling and directing multi-disciplinary teams that produced projects where architecture, interiors and environmental graphics evolved into cohesive design solutions that achieved new levels of aesthetics, performance and effectiveness. This resulted in recognition for numerous healthcare projects, including Nemours Children’s Hospital, in Orlando, Florida and Children’s Medical Center at Augusta University, in Augusta, Georgia.

Along with her colleagues, Beaman cultivated a culture of creative thinking and design excellence, while mentoring former and current colleagues who have forged their own pathways to personal growth and leadership. She collaborated in the development of best practices that became the basis for EYP’s Design and Delivery guidelines, initiated publications and award submissions of the firm’s projects, as well as her impactful design work on major projects such as the Children’s Hospital of New Orleans; a new healthcare campus for Children’s Healthcare of Atlanta and Intermountain Health Primary Children’s Medical Center, a new freestanding children’s hospital located in Lehi, Utah.