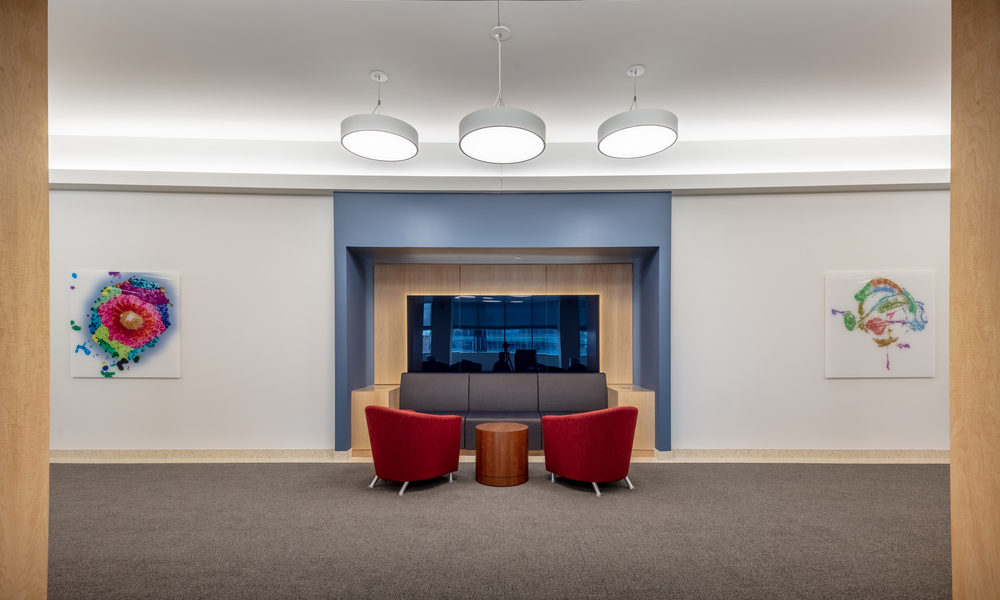 A two-floor buildout within the Jan and Dan Duncan Neurological Research Institute at Texas Children’s Hospital has recently been completed. The project team included McCarthy Building Companies and Perkins and Will.

The project included 32,000 square feet of auditorium and conference space to host research symposia, scientific seminars and other programs featuring experts in genetics, neurology and neuroscience. Construction on the project began in December 2018. 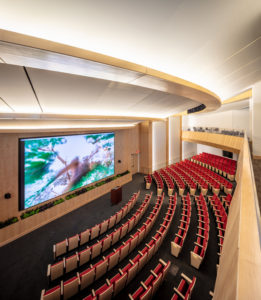 Texas Children’s Duncan NRI levels seven and eight consisted of structural demolition and reinforcement of existing structural deck between the two levels and a partial build-out on level eight for balcony auditorium space. This project also included four levels of monumental staircase that connects levels six through 13. The steel stringers for these stairs were flown in through an opening on level seven and then lowered through the stair shaft and welded in place from the bottom up.

A major challenge was minimizing disruptions to sensitive equipment and ongoing research as the project called for the demolition of 600,000 pounds of structural reinforced concrete. The team undertook several mitigating measures including continual communication with building occupants, the installation of noise and vibration monitors near sensitive research equipment, took regular 3D scans of the structure to monitor deflection, installed a 5,000-square-foot waterproofing membrane to contain concrete slurry and used advanced robotic demolition equipment and wire saws, among other efforts.