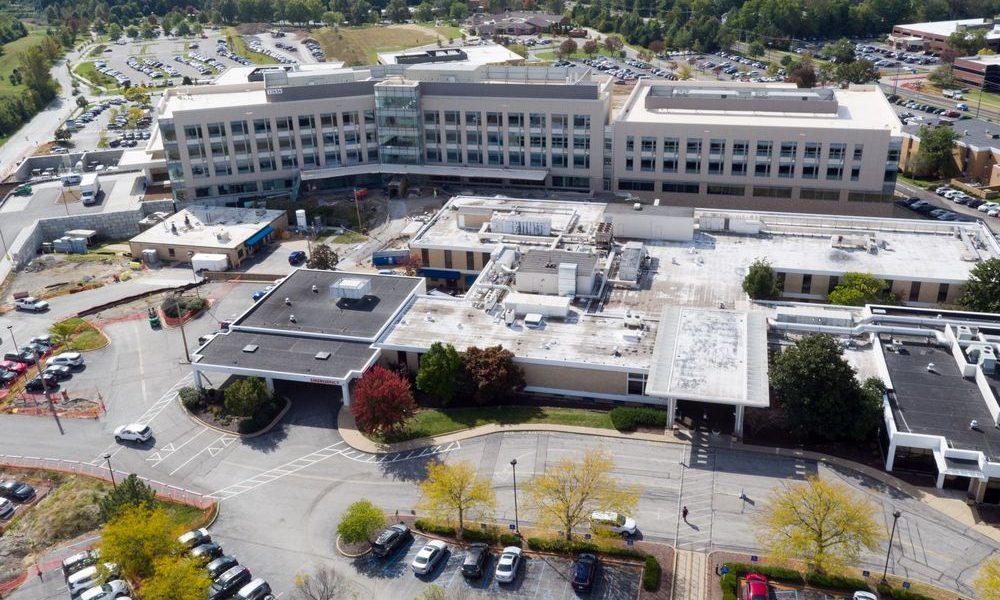 Construction on the new 260,000-square-foot Barnes-Jewish West County Hospital in Creve Coeur, Missouri has been completed. The new $130-million hospital is located behind an existing 50-year-old hospital that will be razed and replaced by green space and additional parking. The replacement hospital is designed as the “hospital of the future” with maximum flexibility, efficiency and technological advancements that allow clinicians to spend more time caring for patients.

A medical office building will also be constructed and attached to the hospital that will include four floors of physician office space totaling 100,000 square feet and parking that will be nested underneath the building. Construction of the MOB is expected to be completed in 2020.

Christner was the architect for the project, and IMEG was the engineer.