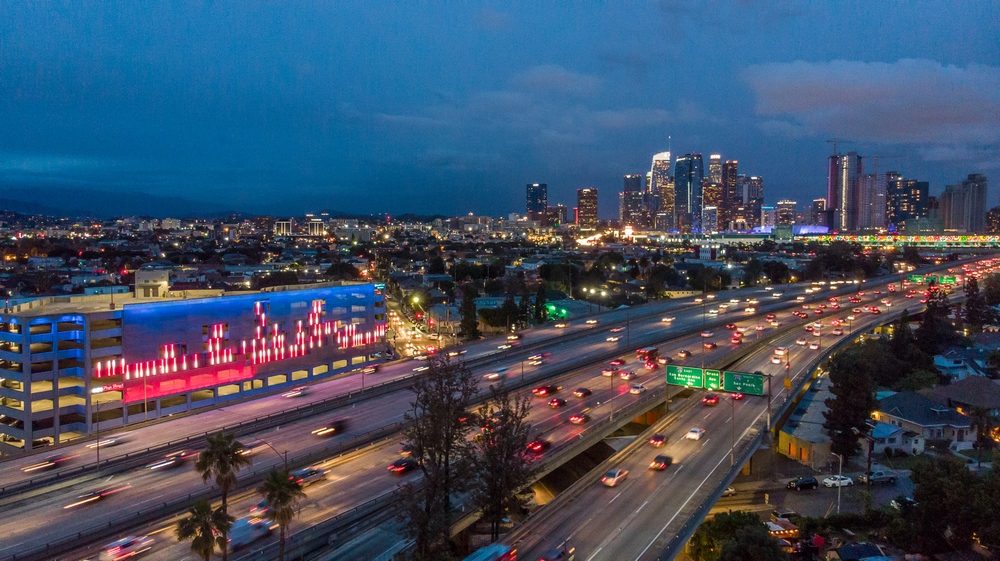 Prelude-DTLA is located at the Downtown West Medical campus, which was recently rebranded as the Ostium Medical Hub. Ostium includes a 60,000-square-foot new medical office building leased by Healthcare Partners, a plaza connecting both the newly developed MOB and an office converted to a medical mall along with the freeway-fronting parking structure on which the Prelude-DTLA artwork was installed. The second phase of the campus, a 48,000-square-foot MOB, is in predevelopment.

“We see Prelude-DTLA as a milestone marker for downtown,” says Robhana Group’s Principal Robin Hanasab. “The artwork’s skyline design recognizes and celebrates the revitalization of downtown as a world metropolis, and it is a gateway to downtown for those approaching downtown from the west and south, including from LAX. Further, the illumination of this artwork marks the completion of our first phase of development of our healthcare campus on Washington Boulevard between Hoover and Union, which itself is the largest independent healthcare campus to be developed in the downtown area for decades.”