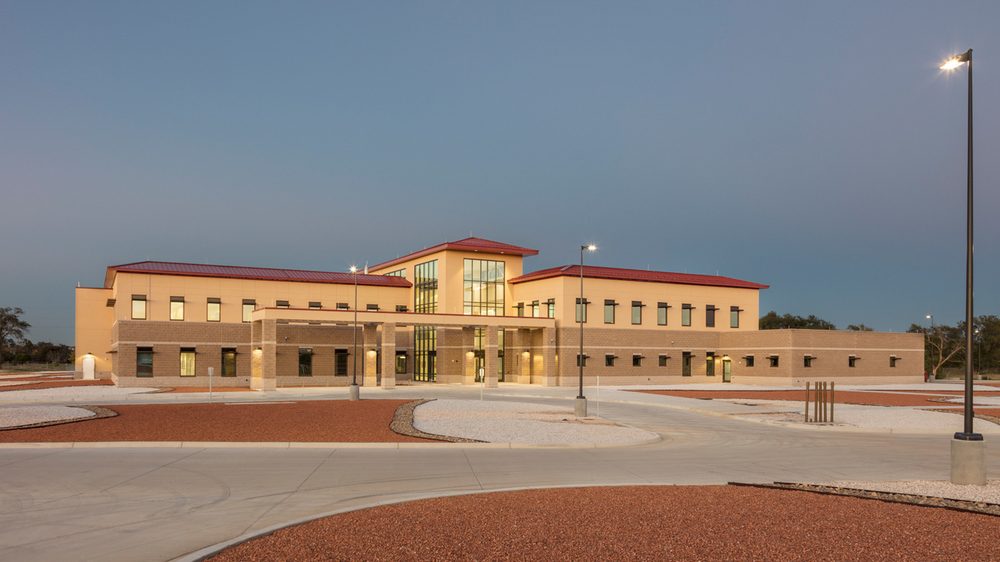 The USAF awards program was established in 1976 with the purpose of recognizing exceptional project teams as an essential component to delivering high-quality Air Force facilities. USAF award honorees have demonstrated professionalism, hard work and dedication to their scope of work.

For the Design-Build project, the government’s goal was a world-class healthcare facility comparable to similar, private-sector healthcare facilities to accommodate the mission of the 27th Special Operations Medical Group. The user wanted a respite area away from military life despite being on a military base and sought a building to reflect the positive features of the Southwest United States. Another user objective was a firm, fixed-price budget within the open extents of a Design-Build contract.

The team experienced multiple challenges throughout the design, including acquiring LEED Silver certification. To meet this challenge, the Design-Build team employed a collaborative, integrated approach to achieving sustainability requirements throughout the life of the project. From the LEED for Healthcare 2009 checklist submitted at proposal, through the final LEED Silver certification of the project, achieving cost-effective sustainability measures was a primary project goal and was addressed continually throughout design and construction. All key design and construction team members had extensive experience on LEED projects and played critical roles in achieving the project’s sustainability goals.

The main criteria for this project were AFMSA Health Facilities Division Guidelines, Cannon AFB Architectural Compatibility Guidelines and UFC 4-510-01, as well as a multitude of others. Based on Architectural Compatibility Guide for Cannon Air Force, the clinic is located in District 1: the community center, effectively the town center for military and civilian residents and workers. Because of substantial demolition and construction over the next decade, this district is being transformed into a more attractive, sustainable and pedestrian-friendly neighborhood.