Chief of Staff of the U.S. Army Gen. Mark A. Milley recently honored Senior Vice President Philip Tobey, FAIA, FACHA, ASHE, with the Outstanding Civilian Service Award during the Salute from the Chief.

The Salute from the Chief is an event that allows the Chief of Staff, on behalf of the U.S. Army, to honor civilians that give back to the military. Tobey was 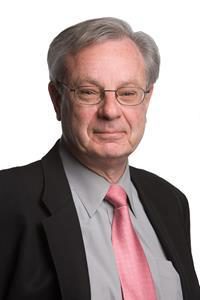 Tobey served as principal-in-charge and senior planner for the Center for the Intrepid, a rehabilitation center for soldiers recovering from severe injuries, burns and amputations. The CFI, which opened in 2007, provides state-of-the-art rehabilitation combined with sophisticated translational research in prosthetics, robotics, virtual reality and biomechanics. This unique facility also houses a 300-degree virtual reality immersion environment and an advanced gait analysis laboratory, developed specifically for the CFI.

Tobey subsequently served as principal-in-charge on the National Intrepid Center of Excellence, which opened in 2010. The new global center of excellence advances the research, diagnosis and treatment of traumatic brain injury—a complex injury that results in a broad range of cognitive, physical and psychological disabilities, which has become the “signature wound” of the Iraq and Afghanistan wars. The NICoE is designed around a new operational model in rehabilitation medicine that focuses care around the patient, using a multidisciplinary concept that seamlessly integrates next-generation clinical and research technologies, as well as deeper family involvement.

Tobey began his career as a captain and military architect at Headquarters, U.S. Air Force Office of the Surgeon General, with review responsibility for medical projects worldwide. He was awarded the U.S. Air Force Commendation Medal for his contributions in developing new programming and planning criteria for Army, Navy and Air Force medical facilities, and served as architect on special assignment to the White House for all executive branch medical facilities.

Tobey has continued to focus much of his career on military health, planning and designing millions of square feet of healthcare space on five continents and 20 countries for all branches of the military and Veterans Affairs. In recognition of his expertise, the Assistant Secretary of Defense appointed Tobey to the United States Defense Health Board. In 2013, he was appointed to the  Independent Review Panel on Military Medical Construction Standards to provide independent advice to the secretary on the military health system. Recently, he was recipient of the Urbahn Medal of the Society of American Military Engineers, awarded to one person annually for excellence in design.