The American Society of Interior Designers has bestowed the title of Honorary Fellow to two industry leaders who are not interior designers, but have made outstanding contributions to the profession through their careers and commitment to ASID and to the interior design industry. The Honorary Fellows are: 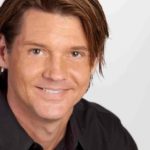 Dak Kopec, Ph.D., associate professor in the Master of Healthcare Interior Design program in the School of Architecture at the University of Nevada, Las Vegas
Dr. Kopec has authored several books used by interior design educators including three editions of Environmental Psychology for Design. He is also credited with researching, developing and administering the first low-residency graduate program focused on designs for human health at the Boston Architectural College.

He has served as an ASID Distinguished Speaker for several years, was listed as a Fulbright Specialist and subsequently served two terms as a Fulbright Reviewer and was appointed by Governor Neil Abercrombie of Hawaii to that state’s health and planning council. In 2017, Dr. Kopec won IDEC’s Community Service Award for the design of a group home for people with developmental disabilities and early onset dementia. 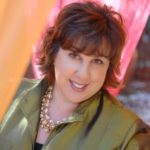 Debra Levin, EDAC, president and CEO of The Center for Health Design
Levin is a passionate advocate for how the design of the built environment can have a positive influence on outcomes in human health and healthcare environments.

Under her leadership, CHD’s research initiative, the Pebble Project, has gained international recognition, and its EDAC Certification program has become the standard for Evidence-Based Design practitioners in the healthcare and design industries.