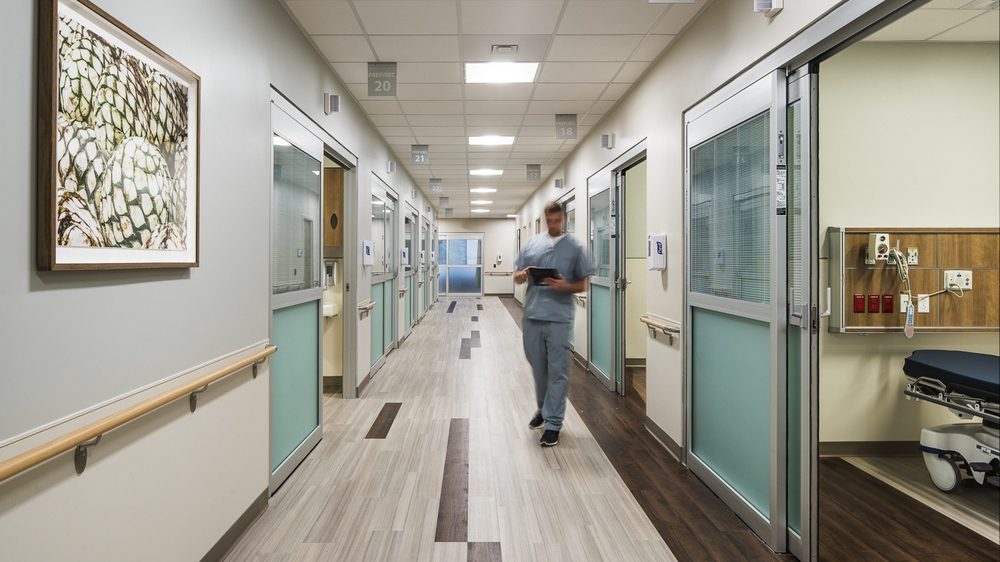 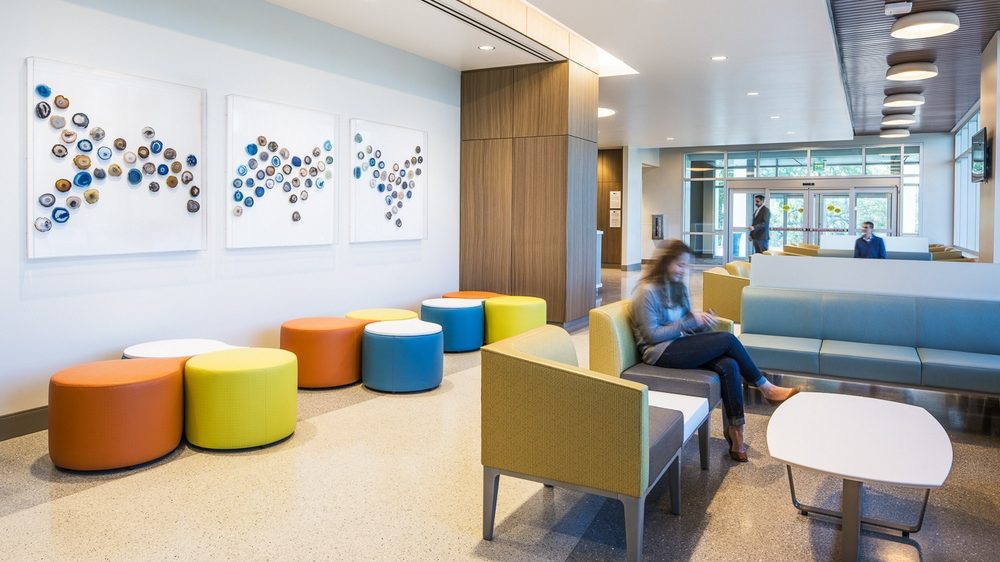 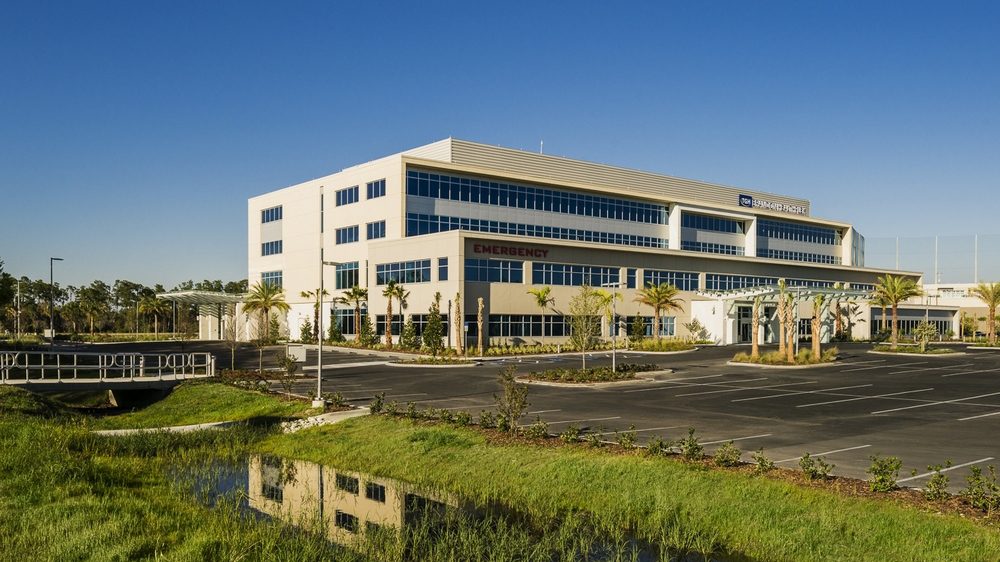 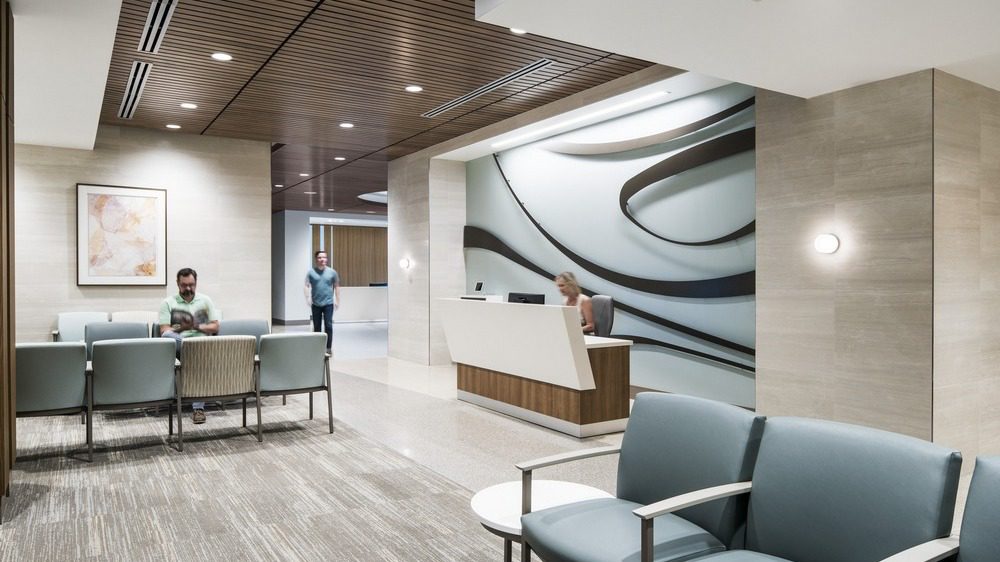 Tampa General Hospital’s Brandon Healthplex has been completed. Designed by GS&P, the new outpatient center is one of the first facilities in Florida to include the array of acuity levels and service centers in one building. ARCO Murray Construction Company served as general contractor on the project.

Sited prominently along a major Tampa-area expressway, the exterior is modern and functional. The metallic panel windows maximize light, and fritted glass canopies provide cover and shading and welcome patients and visitors into the building. The facility establishes the brand image by echoing the design language of the main campus and reflecting TGH’s quality of care.

The curved main entry façade draws inspiration from the gentle waves that surround the Tampa General main campus on Davis Island. The simple colors also reflect the Davis Island main campus. The modern and warm interior, including a hospitality-inspired lobby, were inspired by contemporary commercial spaces and invokes a sense of tranquility throughout the building.

With an eye toward the future, select patient rooms in the ambulatory surgery center are equipped with showers. This will allow patients to stay longer than 24 hours, should the ambulatory surgical center regulations in Florida change. Additionally, the standardized, same-handed exam rooms provide efficiencies. Caregivers can focus on the patient rather adapting to various exam environments.