As the founding principal of WHR Architects, Watkins’ career and his impact on the world of healthcare architecture spans 38 years, 50 million square feet of 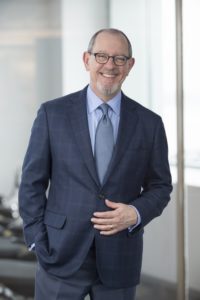 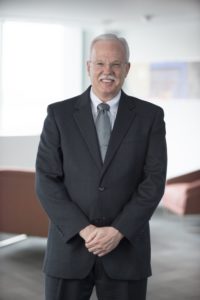 projects and 35 million square feet of healthcare space. Over the years, he transformed WHR from a two-person practice to 180+ person firm. In 2014, the company merged with EYP, and earlier this year brought to the team Stanley Beaman & Sears Architects of Atlanta to create EYP Health. Watkins co-authored “Evidence-Based Design for Multiple Building Types,” with his co-founding partner Kirk Hamilton in 2008.

Griffin was the 2014 president of the Academy of Architecture for Health where he strengthened the organization’s position as a thoughtful voice for architecture at a time of dramatic change in healthcare. As a key part of the firm’s leadership, he has taken an active role in the growth and development of the practice, and served as principal-in-charge of EYP Health’s growing North Carolina office. Griffin’s portfolio includes over $2 billion of award-winning healthcare projects in Texas, North Carolina and New Jersey.