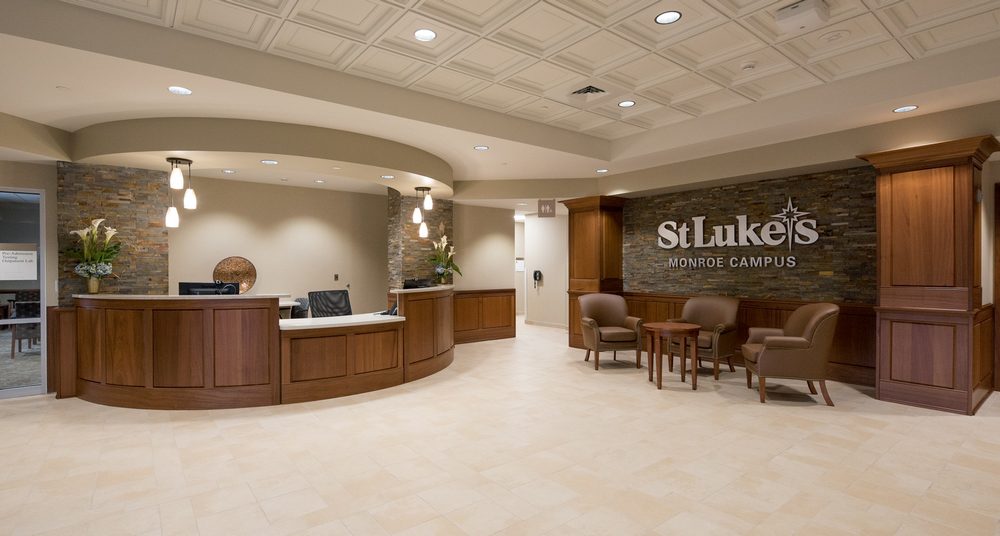 The new three-story MOB includes a comprehensive cancer center with an Infusion center and a radiation oncology treatment suite with a new linear accelerator. In addition, the MOB will include additional physician office space. This new 37,500-square-foot MOB will also include shelled space to allow for future growth of medical support services.

Opened in October 2016, the recently completed 185,000-square-foot hospital has 72 beds open with the capacity to hold 108 beds, part of which includes 12 beds for critical care patients, a large and efficient emergency room, helipad, operating rooms, a cardiac catheterization lab and imaging and diagnostic technology. In January 2017 the fourth floor of Monroe Campus opened as an acute rehabilitation unit operated by Good Shepherd Rehabilitation Network.

Both the new hospital and MOB were designed with state-of-the-art equipment to meet the growing needs of the population. This is the first new hospital in Monroe County in 100 years. The campus features similar exterior elements including a signature fountain and walking trails nestled in a beautiful, natural setting that promotes wellness.