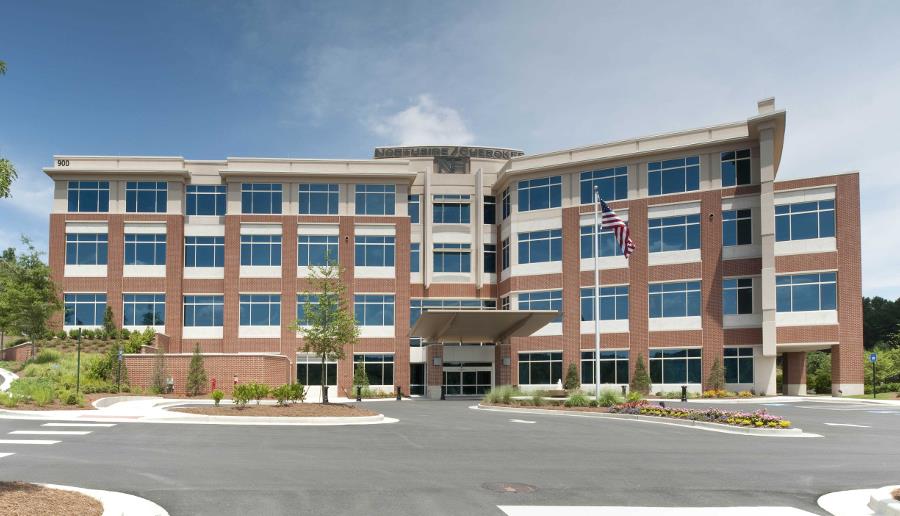 WOODSTOCK, Ga., and INDIANAPOLIS, Ind. – The 100,797-square-foot Northside-Cherokee Towne Lake medical office building near Atlanta, Georgia, which opened in the summer of 2013, has seen its share of awards and accolades.

Now the four-story MOB at 900 Towne Lake Parkway in Woodstock is adding 2,200 square feet that, along with 16,430 square feet of existing space, will be used to create a multi-disciplinary outpatient surgery center. The surgery center is expected to be open for business in summer 2017.

The MOB is located about four miles south of Northside’s Holly Springs Medical Campus and 11 miles south of the future home of the Northside Hospital-Cherokee replacement campus, which is also expected to be completed in summer 2017.

Northside-Cherokee Towne Lake MOB was lauded by the United States Green Building Council, which announced in summer 2014 that it had achieved Leadership in Energy and Environmental Design certification for being an environmentally friendly facility. The project earned perfect scores for construction waste management and the use of recycled content and regional materials. The facility also received rave reviews, including from the mayor who said it was one of the most successful and well-executed projects in the county. In addition, the MOB won two awards from the Georgia chapter of the American Concrete Institute: the “Outstanding Achievement Award” in the parking deck category and an “Award of Excellence” in the low-rise category.

The development team for the expansion includes the partners for the original building: architect Lyman Davidson Dooley and general contractor Brasfield & Gorrie, and Duke Realty as real estate developer.