Jennifer Mitchell has been named director of interior design at Sizeler Thompson Brown Architects in New Orleans, Louisiana. Specializing in healthcare design, she joined STBA’s healthcare studio in 2007 and worked on the St. Bernard Parish hospital design before working for the 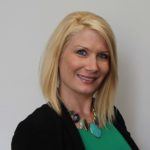 New Orleans Department of Veterans Affairs. She was part of a team selecting the furniture, fixtures, equipment and artwork for the new VA medical center in New Orleans.

She worked at the VA for three years until she was approached by Sizeler Thompson Brown to return as the firm’s director of interior design. She received Evidence-Based Design accreditation and certification from the Center for Health Design. She also received her certification from the American Academy of Healthcare Interior Designers. Mitchell is one of four AAHID certified interior designers practicing in Louisiana.