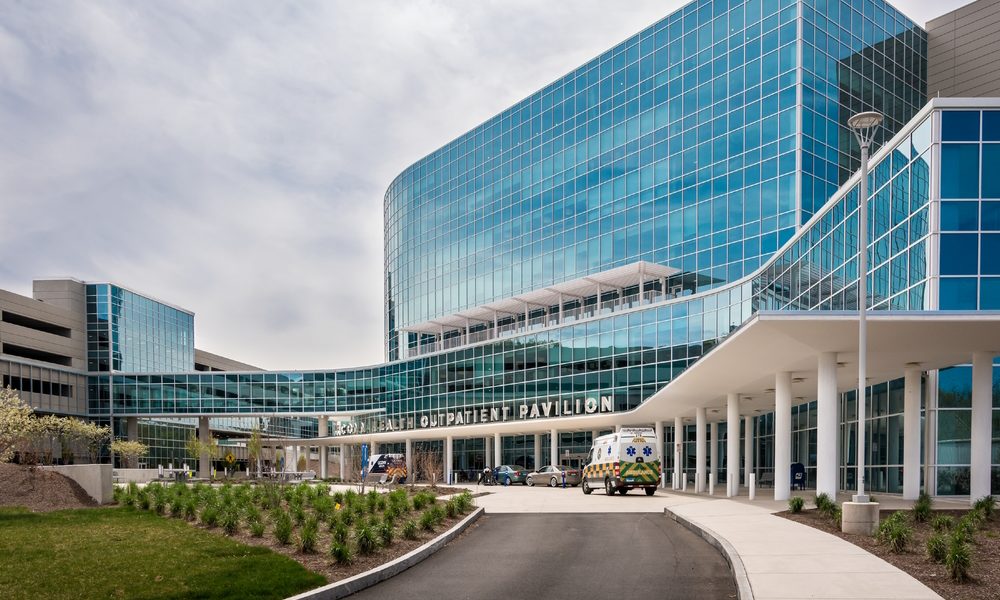 Opened in February 2015, the outpatient pavilion and garage was designed by Centerbrook Architects & Planners and HDR Architects. New Haven’s Fusco Corporation and Clark Construction were also part of the Design-Build team that handled the shell and core of the project.

The eight-story building presents a glass curtainwall façade that curves gently in acknowledgement of the nearby curving façade of UConn Health’s John Dempsey Hospital. A lower three-story glass element wraps along the curve of the entry drive to present a clear and distinctive gesture of welcome to those being dropped off. In sync with a protective canopy, the extended arms of the three-story lobby and its bridge to the 1,400-space garage symbolically embrace entering patients and their families.

Each year the CBC recognizes projects whose team members have met or surpassed goals and achieved higher project quality through collaboration among project owners, architects, engineers, constructors and trades.

The outpatient pavilion and garage is one of three recent projects on the UConn Health campus that Centerbrook has been associated with. Centerbrook designed the Jackson Laboratory, opened in 2014, as well as an expansion and renovation of the UConn Health Academic Building that is slated for completion later this year.