INDIANAPOLIS, Ind. and DALLAS, Texas – Steve Wheeler, former development executive with Duke Realty, has recently been promoted to vice president of development, Healthcare. In his new role, Wheeler will be responsible for building relationships with the company’s healthcare clients and identifying and obtaining new medical real estate transactions in the South and West. 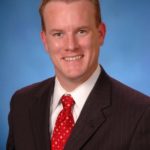 Wheeler joined Duke Realty in 2008 as a development executive. In that position, he was responsible for overseeing healthcare development projects from conception through completion. One of his projects – Baylor Charles A. Sammons Cancer Center – received a Best Medical Project award in 2009, and Wheeler received the “Duke Realty Deal of the Year” designation in 2009, 2010 and 2012.

In addition to his real estate projects with Baylor Health System, other notable projects have been with Austin, Texas-based Seton Family of Hospitals; Christus Santa Rosa, which is headquartered in San Antonio and Christus St. Catherine of Katy, Texas.