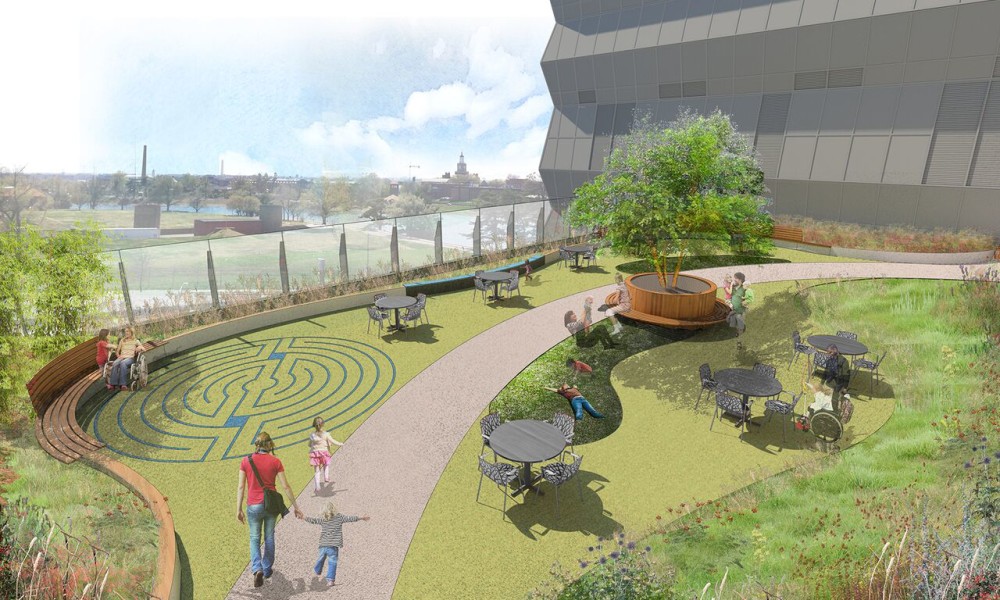 WASHINGTON, D.C. – Children being treated at Children’s National Health System will soon have a way to enjoy fresh air and inspiring views of the nation’s Capitol, as construction has begun on a 7,200-square-foot outdoor healing garden. A multi-million-dollar gift from the estate of the late Washington, D.C. philanthropist and horticulturalistRachel “Bunny” Lambert Mellon, and generous gifts from Heather and Andy Florance and the employees of CoStar Group have enabled design and construction to begin on the garden, which will be called the “Bunny Mellon Healing Garden Dedicated to the First Ladies of the United States.”

After hearing about the story of a child at Children’s National whose last wish was to go outside – and the heroic efforts of the Children’s National care team that made that wish come true – Andy Florance engaged the executives and employees of CoStar Group, the company he founded, to raise seed funding to get the project underway. The garden will make it easier for sick children to go outdoors safely.

Building upon the Florances’ commitment, the Gerard B. Lambert Foundation, named for Mellon’s late father, donated proceeds from Mrs. Mellon’s estate to fund the healing garden, ensuring that it will be brought to life for patients and families of Children’s National. The garden is expected to open in late 2016.

Mrs. Mellon, who passed away in March 2014 at the age of 103, was well known for her lifelong passion for horticulture and gardening. Her passion eventually led her to an opportunity to redesign the White House rose garden and the Jacqueline Kennedy garden on the White House grounds. The garden will be dedicated to the first ladies of the United States, who have a long tradition of supporting Children’s National and the children of the Washington, D.C. community.