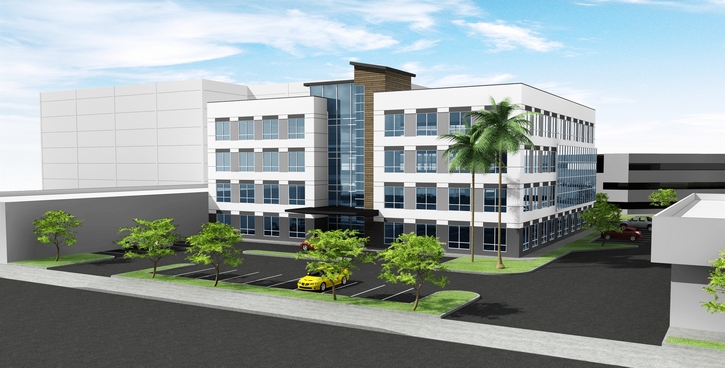 LOS ANGELES, Calif. — Approximately 60,000 square feet of new speculative medical office will be developed at Washington Boulevard and Hoover Street in the west downtown area of Los Angeles, California, abutting Interstate 10. This marks a return of speculative healthcare development in the central Los Angeles area since the last real estate boom nearly a decade ago.

The Los Angeles City Councilman’s office for this district (the Hon. Gilbert Cedillo) has reviewed the forthcoming project, and have offered their support. Groundbreaking is anticipated for the third quarter of 2016 and will be ready for occupancy in 2018.

The development, named Downtown West Medical Offices, located at 1122 W. Washington Blvd. in the city of Los Angeles, is a partnership between the real estate investment firm Robhana Group, which owns the property, and medical office developers Wembley Realty Advisors and Matar Pacific.

“The  Downtown West Medical Offices will be along one of the most trafficked corridors in Los Angeles. It offers healthcare providers unprecedented visibility within the Southern California market,” said Robert Hanasab of Robhana Group, “and it will offer the opportunity for needed healthcare services by quality provider groups.”

“The Affordable Care Act has sparked a wave of healthcare provider changes through consolidations. This has contributed to demand for larger facilities, anchored or fully occupied by larger health systems in properties embedded in communities and that more resemble characteristics attractive to retailers than office tenants, the category medical offices would traditionally be a part of”, according to Wembley Realty Advisors Principal Peter Becronis.

The Robhana team is managing the leasing efforts with the assistance of the development team and is currently accepting solicitations from prospective tenants. A general contractor and architect has not yet been confirmed.