HOUSTON, Texas — Jon Franklin has rejoined FKP Architects as senior vice president and senior architect. He will manage FKP’s team producing construction documents for the shell and core of the new $506-million Texas Children’s Hospital Pediatric Tower ‘E’ Expansion, a 19-story critical care addition that will house the relocated Texas Children’s Heart Center. Franklin has more than 38 years of experience as a project architect and construction administrator, and he has a long history working with Texas Children’s Hospital. 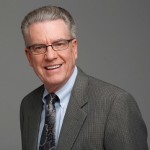 Franklin is an accomplished project team leader through both design and construction on new facilities in the Texas Medical Center. He played a key role in numerous projects for Texas Children’s Hospital, ranging from major projects such as the Pavilion for Women to smaller renovations such as the hospital’s Bone Marrow Transplant Unit.

The former naval officer is active in the Houston architecture community. He is a member of the American Institute of Architects – National and Houston Chapters, the Texas Society of Architects and the U.S. Green Building Council. Franklin is an alumni of the University of Texas at Austin, where he earned a B.A. in architecture.