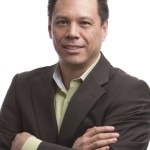 Arnold joins the Los Angeles office from the firm’s Washington, D.C. location, where he served as senior project manager and project architect for several of the firm’s health projects. In his new role, Arnold will focus on continuing SmithGroupJJR’s Los Angeles office growth throughout Southern California.

Recognized for his leadership skills and ability to work in close collaboration with all project stakeholders over his nearly 20 years of practice, Arnold has produced a significant portfolio of healthcare architecture. Among its highlights are state-of-the-art rehabilitation and outpatient facilities such as the National Intrepid Center of Excellence, Bethesda, Maryland; Holy Cross Germantown Hospital, Germantown, Maryland and Genesis HealthCare System Bethesda Campus, Zanesville, Ohio.