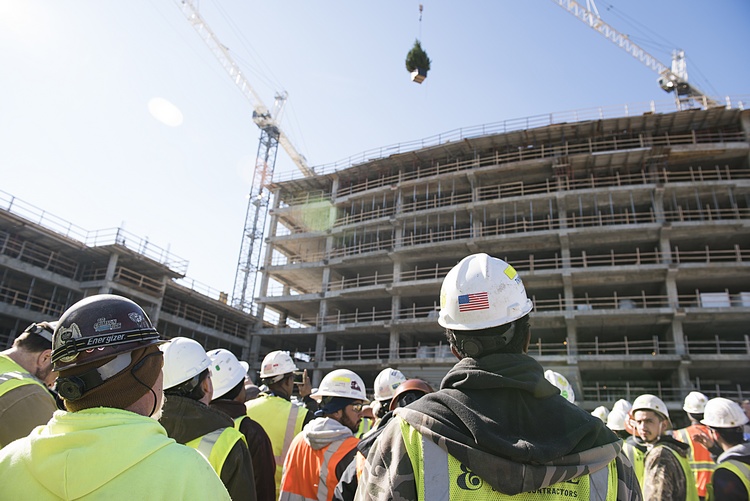 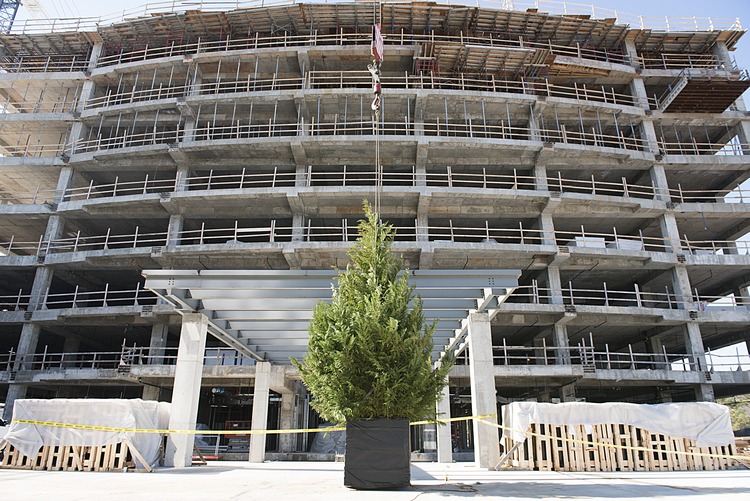 BIRMINGHAM, Ala. — Brasfield & Gorrie recently celebrated a critical milestone on the Grandview Medical Center project in Birmingham, Alabama. The new professional office building and parking deck, which both connect to the existing hospital structure, reached their pinnacle with the completion of their highest cast-in-place concrete levels.

During the ceremony, Brasfield & Gorrie recognized the field team for their hard work to top out the project, marking significant progress toward the completion of construction on the Grandview Medical Center campus.

“This is a milestone worth celebrating,” said Brasfield & Gorrie Senior Project Manager Tres Jernigan. “We have reached the top of the new structures with a significant portion of the work completed by our own labor force.”

To date, Brasfield & Gorrie has self-performed more than 1.2 million square feet of cast-in-place concrete frame, blasted and removed 95,000 cubic yards of rock from the site and completed more than 300,000 man hours.

Following construction industry tradition, the field crew erected a tree and an American flag at the structure’s highest point to commemorate this achievement. Approximately 1,000 construction team members and hospital staff attended the event.

“We are thrilled to see our campus taking shape day by day,” said Trinity Medical Center President and CEO Keith Granger. “This facility will serve an area of the community that has experienced rapid growth and an increasing need for immediate access to healthcare. We appreciate the diligence of Brasfield & Gorrie, A.G. Gaston,  Earl Swensson Associates, all contractors and subcontractors and other project team members who helped make this achievement possible.”

Brasfield & Gorrie and strategic partner A.G. Gaston are serving as construction managers for this project at Grandview Medical Center. The scope of work includes the build-out of a 12-story, 1-million-square-foot hospital constructed by Brasfield & Gorrie in 2002, as well as related construction for Daniel Corporation of a 220,000-square-foot POB and 2,900-space parking deck. Brasfield & Gorrie is also completing site work and integrating systems between the new POB and the existing hospital. The project is on schedule to open in October 2015.