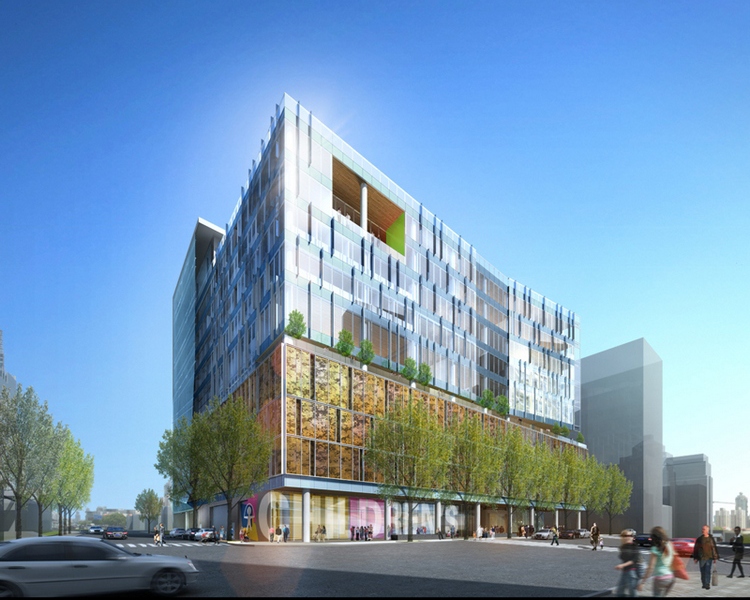 Children’s Hospital of Richmond at VCU Celebrates ‘Topping Out’ Ceremony

With the highest beam in place, CHoR is one step closer to the completion of the region’s most advanced outpatient facility dedicated to children. The $168-million, 640,000-square-foot facility is scheduled to open in 2016. The pavilion will house 72 exam rooms; a surgical area with two operating rooms and two procedure rooms; areas for diagnostic testing, imaging and laboratory services, as well as family amenities, retail space and faculty offices. Construction also will include an attached parking garage with more than 600 spaces.

The new structure is being built adjacent to the existing Children’s Pavilion, across the street from VCU Medical Center. Construction of the pavilion has created 150 skilled trade jobs and that number will grow to nearly 500 when interior construction is fully operational. The pavilion spans 170 feet from the ground level to the top of the penthouse, contains 2,500 tons of steel and 41,000 cubic yards of concrete (4,000 pounds per cubic yard).

“While construction crew members worked together to build the structural frame you see today, groups of CHoR team members from all disciplines have been collaborating to develop new programs, implement process improvements and enhance the patient experience we provide now – and that we will provide within the walls of the new pavilion,” Wyatt said.

HKS, Inc. designed the Children’s Pavilion to be a dynamic, creative solution to address a compressed urban footprint. The pavilion’s design recently won a 2014 American Institute of Architects Academy of Architecture for Healthcare Design Award for its visionary strength, which addresses aesthetic, civic and urban concerns, as well as functional and operational elements. Skanska is the general contractor.