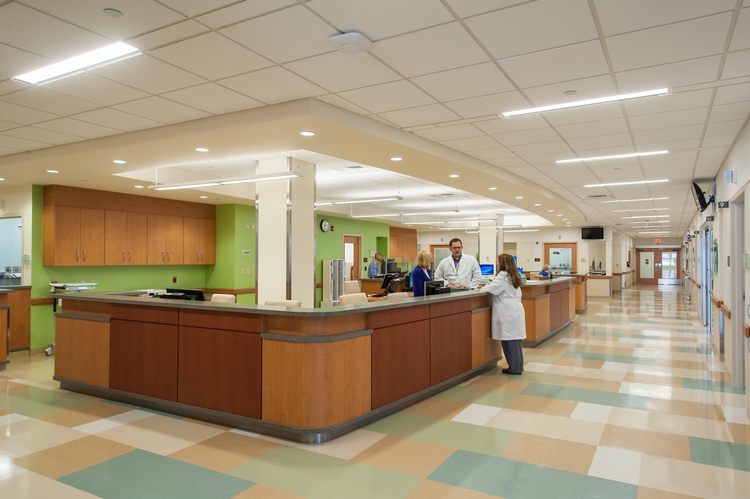 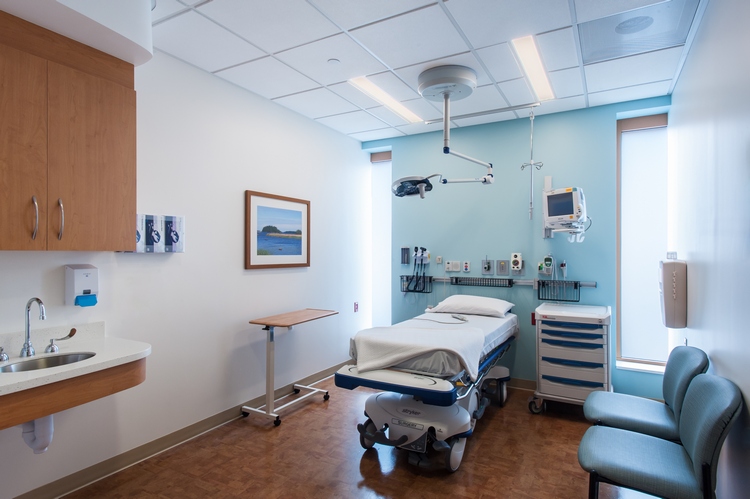 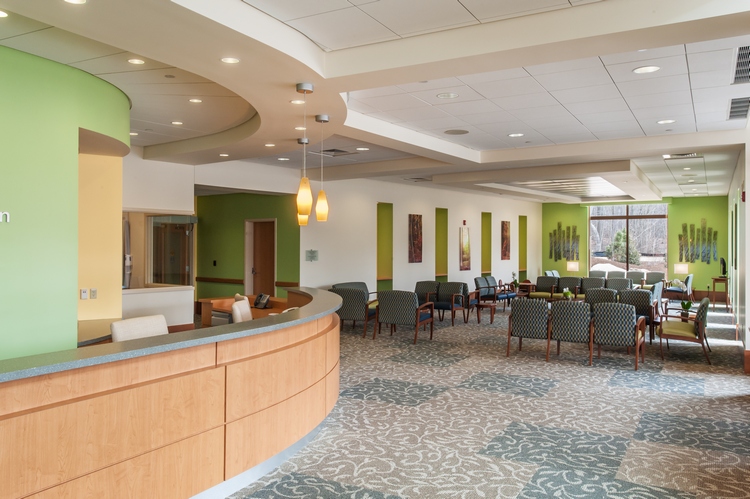 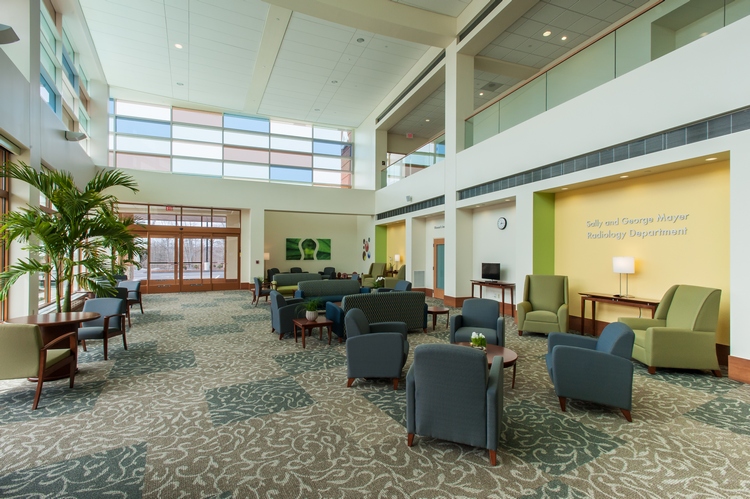 GLASTONBURY, Conn. — The newly completed Middlesex Hospital Shoreline Medical Center located in Westbrook, Connecticut and designed by The S/L/A/M Collaborative, Inc. officially opened its doors.  According to hospital leaders, the facility represents a rebirth of a beloved existing facility that has provided emergency care and outpatient services to residents of the shoreline community for four decades.

Originally established in 1970, the center is widely recognized as one of the first freestanding emergency departments in the country.

A Community Partnership
Having outgrown its previous location in Essex, the new center addresses projected growth and new technologies. The 75,000-square-foot freestanding facility features a 24-bed emergency department and expanded radiology services with dedicated women’s imaging, a state-of-the-art lab and infusion therapy suite. All are carefully arranged to enhance the delivery. “This brand new shoreline medical facility is a shining example of the next phase of this longstanding community partnership,” Vincent Capece, Middlesex Hospital president and CEO said at the ribbon-cutting ceremony.

The center benefits from greater community visibility and provides a unique branding opportunity for the hospital and convenient access for patients. To address the needs of the area’s geriatric population, a closely coordinated site and building-planning effort resulted in senior-friendly access and amenities; distinctive gardens provide memorable reference points for clear wayfinding.

According to SLAM project designer, Douglas W. Mayne, AIA, The facility is “…a distinctive architecture, derived from a blend of elements. Brick panels and precast concrete banding established at the main hospital campus are combined with local shoreline influences, such as natural stone, sea glass and native planting, defining the new center and reinforcing an identifiable, system-wide aesthetic.”

Novel Project Delivery Saves Money
Facing the realities of today’s tight budgets, SLAM, working in partnership with Middlesex Hospital and Whiting-Turner Contracting Company, dispensed with a traditional project approach and pursued an “IPD-lite” methodology that allowed for a more cost-effective delivery of the new center.

“‘IPD-lite’ is a non-contractual project delivery method that features open-book collaborative decision-making and an early partnership with project subcontractors. Decisions involve input from all stakeholders early in design to understand and refine project goals, which are actively and accurately tested against budget. Subcontractors are engaged to bring their latest expertise and techniques to bear on the actual design and documentation, resulting in a construction-ready project in step with the budget. The cross-disciplinary interaction creates a greater overall level of project awareness and interest among stakeholders, resulting in a better product and refreshing team spirit,” Mayne explained.

Cost savings realized early in the project resulted in the inclusion of a 25,000-square-foot second floor shell space, allowing for future expansion.