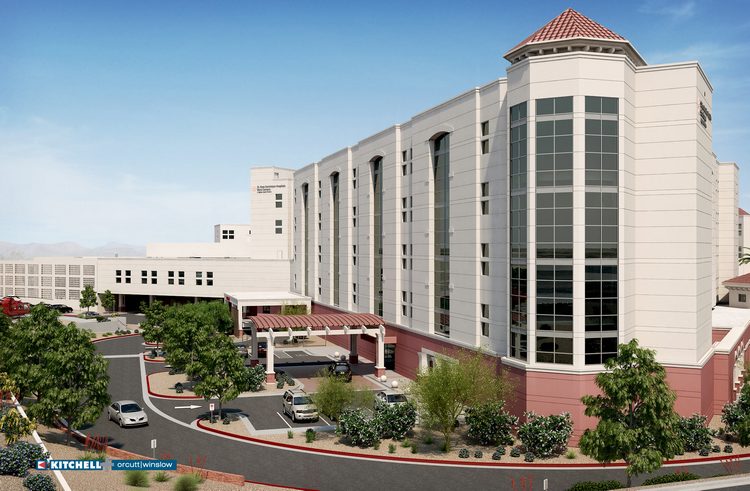 HENDERSON, Nev. — Dignity Health-St. Rose Dominican, Siena Campus in Henderson, Nev., began an exciting new venture with the official groundbreaking and blessing of its new Siena Tower, a development that will increase the hospital’s capacity to 360 private rooms. The tower is being built by Kitchell and designed by Orcutt | Winslow Partnership.

“This project is so important for the community the Siena Campus serves,” said Rod Davis, senior vice president of operations for Dignity Health Nevada. “With this new tower, St. Rose will have the ability to bring that quality, state-of-the-art care to more individuals who need it most.”

The Siena Tower is expected to be complete in early 2016, bringing total capacity at the Siena Campus to 326 adult and pediatric beds.

The groundbreaking of the new Siena Tower is the latest milestone in a three-year renovation and expansion project of the Siena Campus. Last summer the hospital celebrated the opening of its expanded Level III Neonatal Intensive Care Unit, a project also overseen by the design/build team of Orcutt | Winslow Partnership and Kitchell.