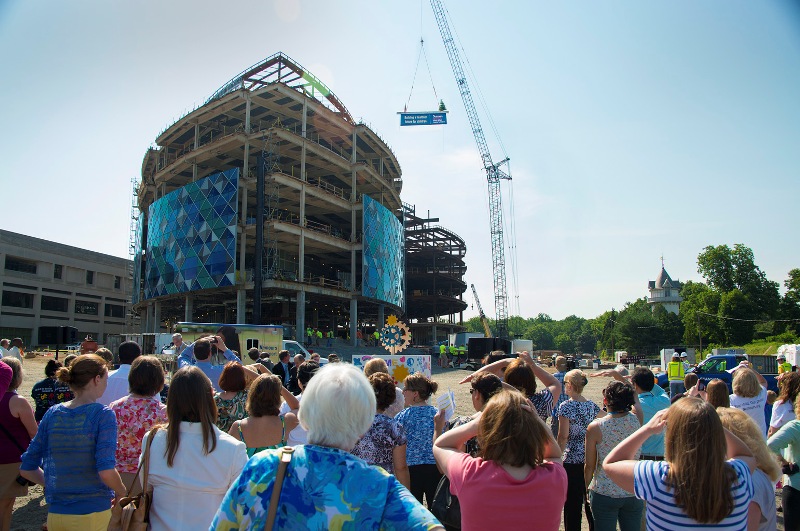 Nemours Tops Out on Alfred I. duPont Hospital for Children Expansion

WILMINGTON, Del. — Patients, families, Nemours associates and other invited guests recently gathered on the grounds of Nemours/Alfred I. duPont Hospital for Children to celebrate the placement of the final steel beam for the hospital’s expansion. Set to open in 2014, the expansion was designed by families, for families and will feature all single-patient rooms. The topping out recognizes the safe and successful completion of the building’s steel infrastructure, and is an important milestone in the project.

“With this topping out ceremony, the evolution of Nemours/Alfred I. duPont Hospital for Children pays tribute to our legacy and prepares us for a future filled with promise as we seek to make our children the healthiest in the nation,” said David J. Bailey, MD, MBA, president & CEO, Nemours.