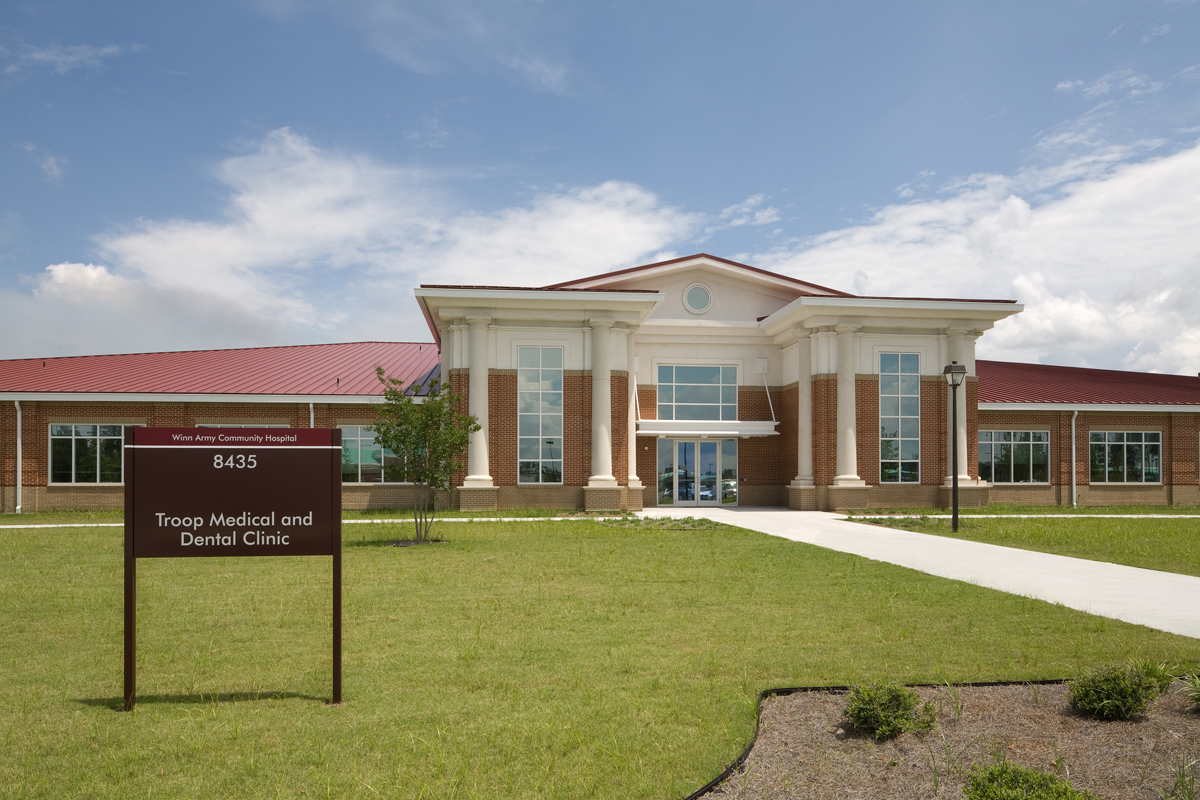 “ABC is proud to recognize Brasfield & Gorrie for its outstanding work on the North Troop Medical Clinic project,” said Michael D. Bellaman, ABC president and CEO. “This project embodies a commitment to innovation, safety and superior craftsmanship through creativity and skill.”

The Excellence in Construction Awards program is the industry’s leading competition, developed to honor innovative and high-quality merit shop construction projects. The award honors all construction team members, including the contractor, owner, architect and engineer. The winning projects, selected from entries submitted from across the nation, were judged on complexity, attractiveness, unique challenges overcome, completion time, workmanship, innovation, safety and cost.

Brasfield & Gorrie earned three consecutive quarterly safety awards from the U.S. Army Corps of Engineers for its work on this 39,000-square-foot medical facility that serves soldiers returning from combat.

“Brasfield & Gorrie is honored to be part of the project team of this national award-winning facility. We have enjoyed partnering with the U.S. Army Corps of Engineers on the North Troop Medical Clinic and are pleased to have delivered a successful product that will benefit our soldiers for years to come,” said Alan Anthony, vice president at Brasfield & Gorrie.