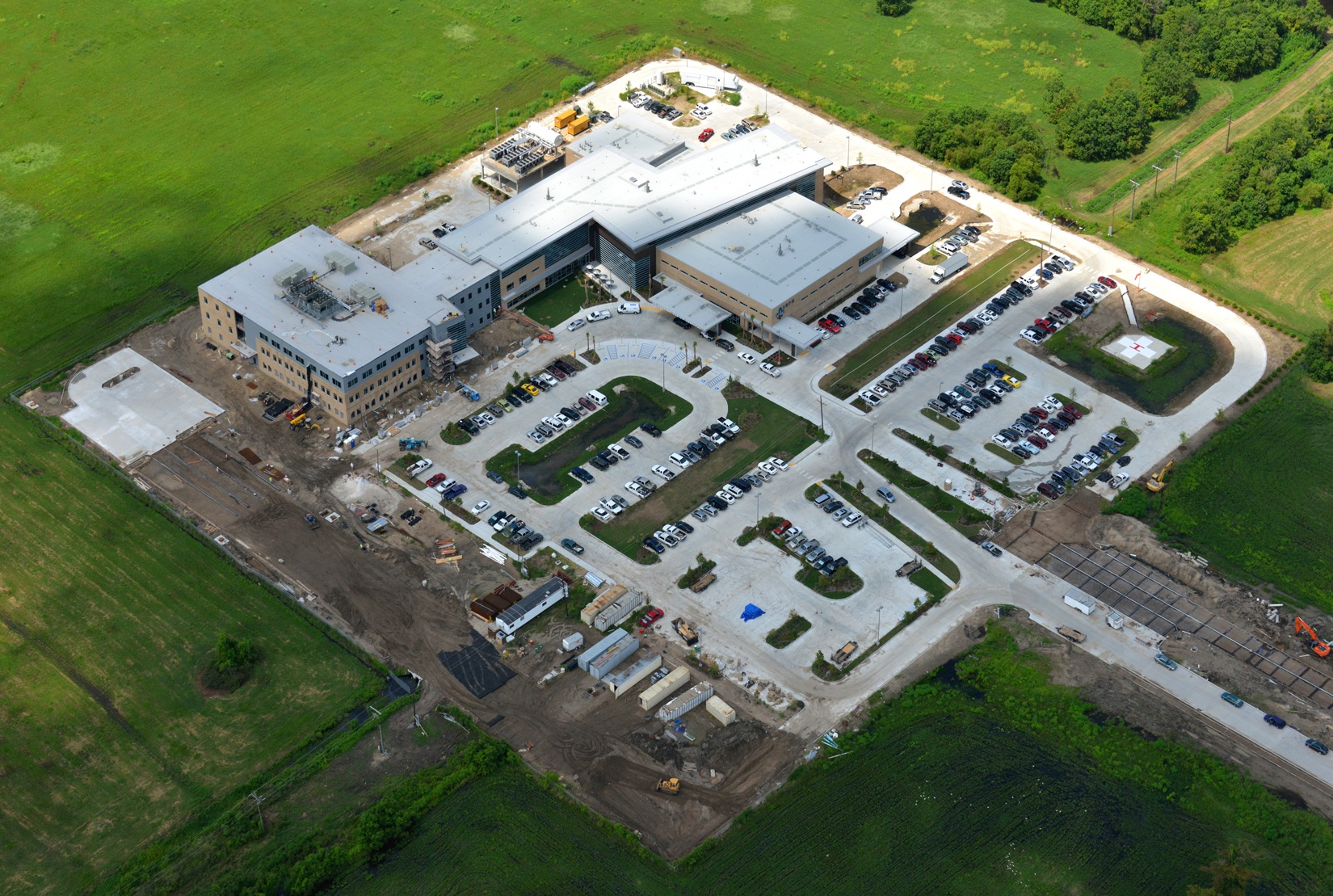 CHALMETTE, La., and BROOKFIELD, Wis. — More than seven years after Hurricane Katrina dealt a decimating blow to New Orleans, one of the critical pieces of the region’s long recovery has been restored.

St. Bernard Parish Hospital, the first full-service hospital to be built in greater New Orleans since the storm, recently opened to patients.

When Katrina struck on Aug. 29, 2005, flooding forced the evacuation of more than 1 million people and the majority of the city’s infrastructure was severely compromised — or destroyed. This included several of the city’s hospitals, including all four hospitals that served St. Bernard Parish and neighboring communities. The new St. Bernard Parish Hospital replaces the former Chalmette Medical Center, one of the hospitals destroyed during Katrina.

In addition to the loss of the four hospitals, healthcare in the region was also adversely affected by the evacuation of qualified medical personnel, with many physicians, nurses and trained medics deciding not to return the area. While plans for rebuilding other destroyed hospitals have slowly taken shape, until now, none have been replaced, and city residents have been forced to make do with temporary health centers.

In the case of St. Bernard Parish, residents had the option to visit a temporary health center housed in double-wide trailers in the local Wal-Mart parking lot, but there was no emergency department or full-service hospital. In more serious cases, they would need to travel to alternative facilities such as Tulane Medical Center or East Jefferson Hospital in Metairie, facing time-consuming obstacles such as drawbridges that could seriously affect travel time – and, in emergencies, possibly make the difference between life and death.

The new hospital includes a 10-bed ED and intensive care unit, as well as a full range of other healthcare services including general medicine, general surgery, orthopedics, urology, endoscopy, radiation therapy, physical therapy, skilled nursing and a pharmacy. While the hospital’s design affords all private rooms, it could be expanded to 58 beds in semi-private rooms without additional construction. The MOB houses physician suites, outpatient rehabilitation and administrative offices.

The new facilities are located on an 11.5-acre site donated by the Arlene and Joseph Meraux Charitable Foundation. If more land is needed for future expansion, the HSD has an option on another 8-acre donation from the foundation.

Some of the special engineering and design features integrated in the new hospital that will help it withstand future natural disasters include:

The hospital has passed several required inspections, already obtaining its Parish Occupancy and Department of Health permits, as well as Joint Commission accreditation. Upon successful completion of accreditation, the hospital will be able to participate as a provider in Medicare, Medicaid and HMO programs. The MOB is scheduled to open this fall.

One of the biggest challenges the projects faced was raising the $78 million needed for the hospital and $13 million for the MOB. Fortunately, federal, state and local officials put together a financing package that will include $46 million in U.S. Department of Housing and Urban Development (HUD) Community Development Block Grant (CDBG) funds ($5 million of this is through the state’s local infrastructure program called ILOC), $17 million in Louisiana State Capital Outlay funds, $11.6 million in U.S. Treasury New Market Tax Credit  funds, $2.72 million from the Federal Emergency Management Agency, $1.1 million in U.S. Health Resources and Services Administration grant funds and a $13-million millage (for hospital start-up and operations only). The millage was passed by St. Bernard parish residents in 2010.

While the St. Bernard Parish population has not yet returned to its former pre-Katrina levels, the new facilities are expected to assist in its growth and attract residents. Before the storm, the population was 65,000. After the storm, at the end of August 2005, the population decreased to 12,000. Currently it is estimated at 35,000, and within the next 10 years is projected to reach 50,000. It is anticipated that the two projects will have a positive economic impact on the area, with an anticipated $2.3 million to be generated annually by the hospital alone. The hospital will employ 190 people, 52 percent of whom are St. Bernard Parish residents. The total support job impact of the two facilities will be a great boost to the local economy, with an estimated 500 new jobs added.