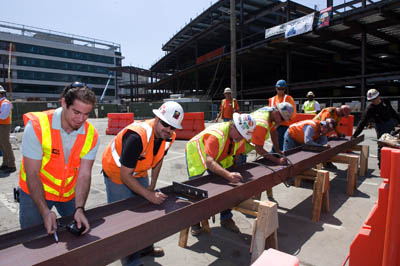 “The MLK, Jr. Multi-Service Ambulatory Care Center project is off to a great start,” said McCarthy Project Director Michael Wiggins. “In just six months, the contract was awarded, design was completed, permitting was obtained and topping out of the structural steel was accomplished.”

Guests at the topping out event were given the opportunity to sign the beam before it was raised and set in place. The audience applauded when construction workers from Junior Steel lifted and secured the ceremonial steel beam to the top of the structure.

The project, which broke ground on Jan. 25, 2012, is on schedule for completion in October 2013. McCarthy Building Companies, Inc. is constructing the 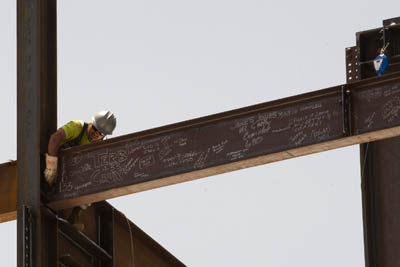 Located on the existing Martin Luther King, Jr. Medical Center campus, the project is being built with conventional pile foundations on concrete piers, and a structural steel moment-frame with concrete-filled metal deck.