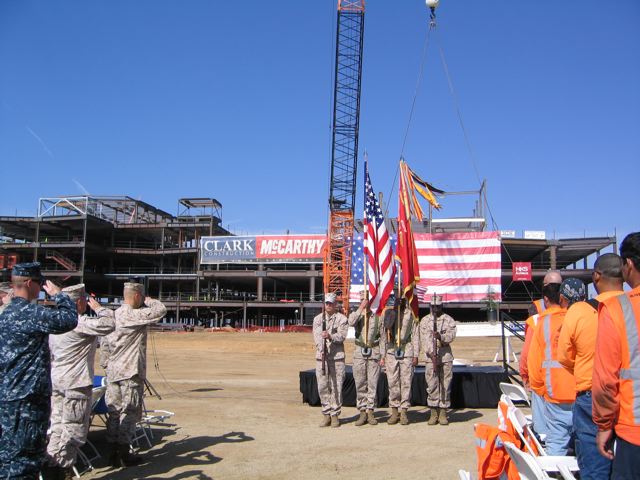 The Replacement Hospital at Camp Pendleton Project construction team has worked more than 250,000 man-hours over the past 14 months, with zero lost-time incidents. The project is currently one month ahead of schedule.

Clark/McCarthy’s contract also encompasses a planned modification to furnish and install the furniture, fixtures, and equipment necessary to support the facility’s function and enhance turnover of the hospital. The project team anticipates earning LEED-Gold certification.

Navy Medicine West is the sponsor of the hospital representing the Navy Bureau of Medicine and Surgery, and NAVFAC Southwest is managing the project. Since April 2009, NAVFAC Southwest has awarded 107 ARRA projects with a total value of $814 million. The Naval Hospital Replacement Project at Camp Pendleton is the largest ARRA project awarded by the Department of Navy.