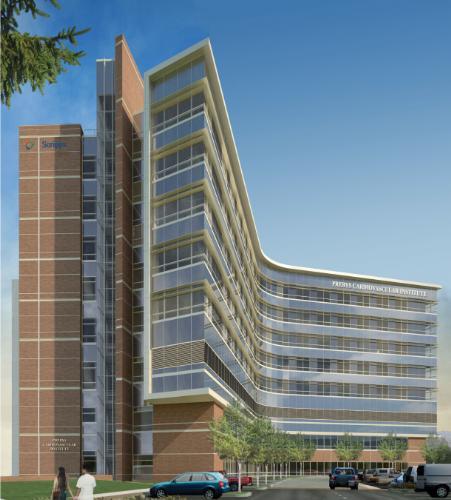 LA JOLLA, Calif. — When Conrad Prebys was a young boy growing up in Indiana he stepped on a rusty belt buckle, which resulted in a life-threatening cardiac infection that forced him to remain bedridden for a year. Now, years later and having accrued a significant personal fortune, the noted San Diego developer and philanthropist is fighting back against the disease that almost ended his life by donating $45 million to help create the most advanced cardiac center on the West Coast.

Prebys’ donation – the largest in the history of Scripps Health and the largest he has ever made – is dedicated for Scripps Cardiovascular Institute. The institute is the cornerstone of a 25-year master plan that will transform the Scripps Memorial Hospital La Jolla campus and redefine healthcare in San Diego for the 21st Century. In recognition of Prebys’ $45 million gift, the new acute-care hospital tower will be named the Prebys Cardiovascular Institute.

The Prebys Cardiovascular Institute will integrate the highly respected cardiovascular programs throughout the Scripps Health system and Kaiser Permanente. The institute will build on a legacy of Scripps breakthroughs in pioneering surgical procedures, landmark studies, genomic medicine and wireless technology to provide the most advanced treatment options available to patients with cardiovascular diseases. Every year, more than 55,000 patients receive their cardiovascular care from Scripps, making it the largest heartcare provider in the region.

“Conrad Prebys’ ongoing generosity to Scripps Health and the entire San Diego community is reminiscent of the same spirit of philanthropy established by Ellen Browning Scripps when she founded Scripps Memorial Hospital and Scripps Metabolic Clinic 87 years ago,” said Scripps President and CEO Chris Van Gorder. “This donation will further Miss Ellen’s legacy by helping build a center for innovation that will bring together leading physicians and premier cardiovascular services to provide the best in heart care for all of San Diego and beyond well into the future.”

The $456 million Prebys Cardiovascular Institute is scheduled to open for patient care in 2015. The seven-story, 383,000-square-foot building will feature 108 inpatient beds in private rooms, 60 intensive care beds, six state-of-the-art operating rooms, and as many as six cardiac catheterization labs with the most advanced medical technology.

Prebys is president of Progress Construction and Management Company, a real estate and development company he founded in 1966.