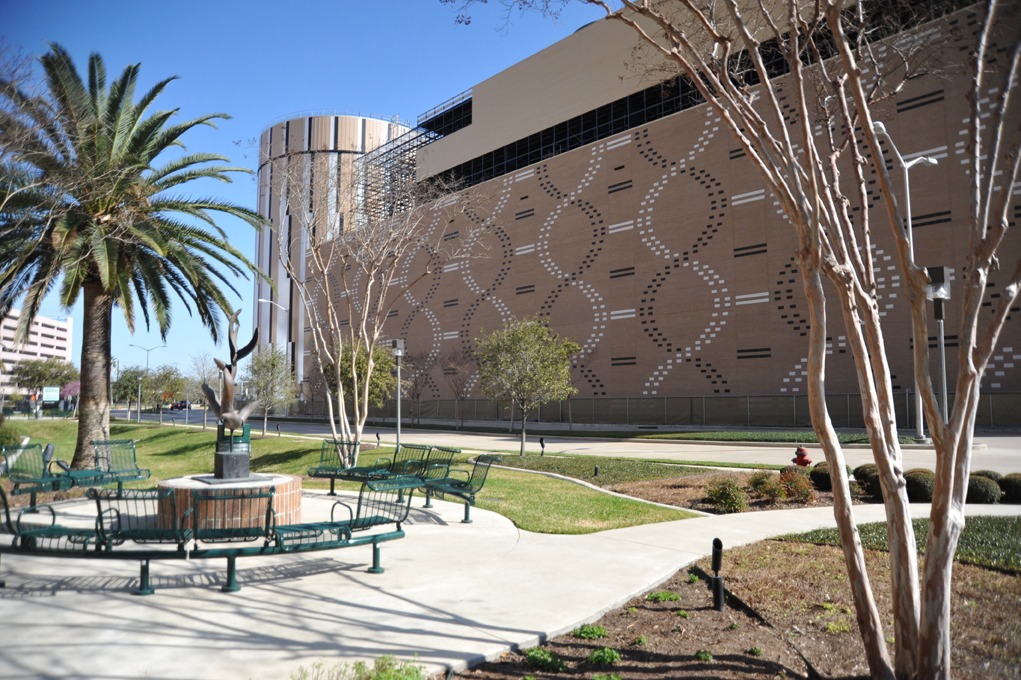 HOUSTON — Burns & McDonnell has completed work on a $377-million expansion project that makes Thermal Energy Corp.’s district cooling system the largest in the U.S. The expansion is phase one of TECO’s Master Plan Implementation Project to meet the growing cooling and heating needs of the rapidly expanding Texas Medical Center.

Projected to save TECO and its customers more than $200 million over the next 15 years, the expansion included installing a 48-megawatt combined heat and power unit (dedicated in August 2010) and adding 32,000 tons of new chiller capacity; an 8.8 million-gallon stratified thermal energy storage tank; distribution piping; and a new operations support facility featuring a state-of-the-art control room. The company now has 120,000 tons of cooling capacity, which is enough to cool the equivalent of 30,000 homes.

“Texas Medical Center has a master plan that projects significant campus growth in the next decades,” says Dr. Richard Wainerdi, president and CEO of the Texas Medical Center. “To help meet the demand, TECO has expanded its service to new medical facilities in the Texas Medical Center and also installed equipment that make it better prepared to continue service even when tropical storms and hurricanes threaten our institutions. That’s vitally important, as patient care, research and education cannot be compromised.”

The expansion’s focal point is the new CHP unit, which doubles TECO’s operating efficiency to 80 percent and will enable it to reduce carbon dioxide emissions by 302,000 tons annually compared to previous operations. The CO2 reduction is equivalent to taking 52,000 vehicles off the road or planting 72,000 acres of new trees.

“Last August we celebrated completion of our new combined heat and power plant,” says Steven K. Swinson, CEO and president of Thermal Energy Corp. “Admittedly it was quite an achievement. Yet today we are announcing the completion of our entire expansion project — on time and under budget – with many thanks to Burns & McDonnell. We just put the finishing touches on the building that houses eight new chillers. It’s the addition of these chillers that makes us the nation’s largest district cooling system. Yet we have an even greater vision, as we have the ability to add more cooling capacity in the very same building. We are ready for the future.”

Supported by $10 million in U.S. Department of Energy funding made available through the American Recovery and Reinvestment Act of 2009, the project has been recognized for its achievements by the DOE, which has actively promoted and supported development of CHP and district energy systems as a strategy to create U.S. energy independence and reduce greenhouse gases. The TECO project created or sustained more than 1,000 direct and indirect jobs in manufacturing, engineering, and construction. Approximately 400 of those jobs were dedicated to construction of the CHP system.

“We congratulate TECO and its excellent staff for completing a project that we know will become a model for planning and developing on-site energy facilities throughout the world,” says Greg Graves, Burns & McDonnell chairman and CEO. “We deeply appreciate the confidence and trust TECO has shown in Burns & McDonnell as we worked in partnership to complete the Master Plan Implementation Project.”

TECO’s existing district energy system is now connected to its new combined heat and power system. Combined heat and power is an efficient, clean and reliable approach to generating power and thermal energy from a single fuel source. Standard power plants effectively use just one-third of the fuel they burn to produce electricity. Two-thirds of the fuel used to produce electricity ends up being rejected or “wasted” up the smokestack. By using this waste heat — effectively recycling it — to produce heating or cooling, efficiencies go up and emissions go down. CHP systems also greatly improve power reliability and power quality because they do not rely on electricity from the grid.

In TECO’s case, electricity and waste heat from the new natural gas-fired CHP plant are being used to produce steam and chilled water, which are piped underground to more than 18 million square feet of customer buildings at 18 institutions on the medical center campus. Surplus electricity from the plant can be sold to the regional utility grid.

About Burns & McDonnell
Burns & McDonnell provides engineering, architecture, construction, environmental and consulting services to clients throughout North America and abroad. More than 3,000 engineers, architects, scientists, planners, estimators, economists, technicians and other professionals work in more than 20 regional, national and international offices. Founded in 1898, Burns & McDonnell is 100 percent employee-owned and is currently ranked No. 20 on the Engineering News-Record Top 500 Design Firms. For more information about Burns & McDonnell, visit its website at www.burnsmcd.com.

About Thermal Energy Corp.
Houston-based Thermal Energy Corp. (TECO) has provided reliable, cost-effective and energy-efficient heating and cooling to institutions in the Texas Medical Center since 1969. TECO’s customers don’t need chillers or boilers in their buildings. Instead, TECO employs district energy and CHP technology — using natural gas and electricity at its plants to produce chilled water and steam, which it pipes underground to customers for air conditioning, space heating, dehumidification, sterilization, kitchen and laundry processes, and domestic hot water use. With a solid track record of performance, TECO is well-positioned to provide the energy behind what’s next for the buildings and pace-setting services and research at the Texas Medical Center. For more information about TECO’s expansion project, visit http://pitch.pe/146014.