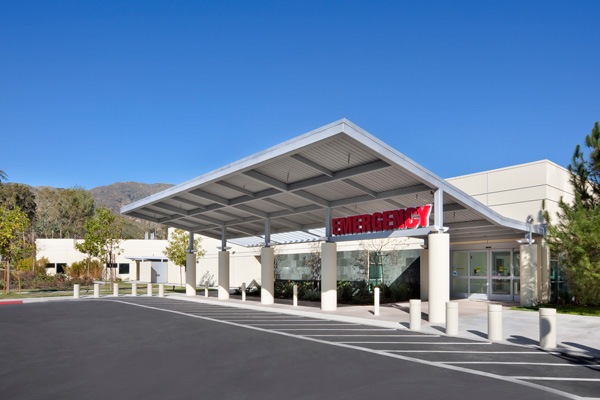 One of the first L.A. County-owned projects to be delivered under a Guaranteed Maximum Price contract

“With 51 beds, we now have the second largest Emergency Department in the Department of Health Services,” said Carolyn Rhee, Olive View – UCLA Medical Center CEO during the ceremony as she congratulated the project team for finishing 9 months ahead of schedule and $1 million under budget.  “This was a milestone in Olive View’s history, considering that the Emergency Department has been too small for 24 years.”

Los Angeles County Supervisors Michael D. Antonovich and Zev Yaroslavsky proudly cut the big red ribbon at the entrance to the new facility during the opening ceremony. John Schunhoff, Chief Deputy of the Department of Health Services attended the event along with hospital administration, nurses, physicians and project team members.

Over the last couple of years, hospital officials said they have seen an increase in patient ER visits of more than 20 percent and they expect at least an additional 8,000 to 10,000 more people to be seen annually now that a larger and more advanced emergency department is built. Expanded from 15,000 to 31,000 square feet, the emergency department and acute care unit boasts new equipment and a more efficient layout which will improve treatment and shorten patient wait times.

McCarthy Building Companies Inc. served as general contractor for the project, which entailed construction of a single-story facility on the north side of the existing ER. The project was delivered under a Guaranteed Maximum Price (GMP) agreement, one of the first such contracts for the Los Angeles County Department of Public Works. Utilizing this delivery method, the facility was completed almost $1 million under budget and nine months ahead of the original schedule even with scope added during the project. 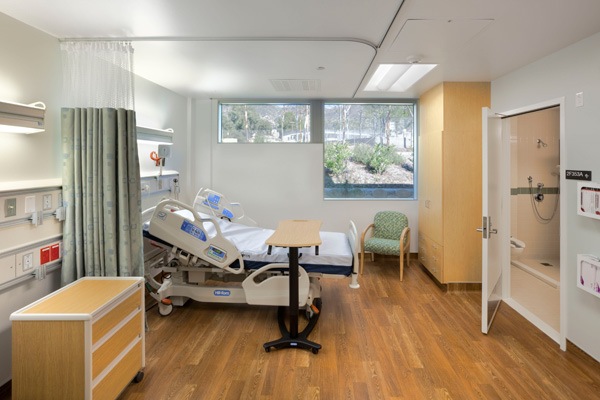 As part of the GMP process, McCarthy provided the bids for each subcontractor so the county could verify the competitive pricing, since subcontractor work makes up for approximately 80 percent of the total $35 million contract value.

Designed by Langdon Wilson Architects of Los Angeles, the 31,000-square-foot emergency department building houses: 51 exam rooms, a radiology suite with fluoroscopy, general radiology and CT scan rooms, registration and support areas.  Adjacent to the new emergency department, the 11,000-square-foot acute care unit includes 15 negative pressure isolation rooms and is dedicated to the treatment of tuberculosis and other incurable infectious disease patients. The new emergency services building connects to the north side of the main hospital.

McCarthy also conducted a significant seismic upgrade of the utilities in the hospital’s central plant. This scope of work included the installation of over 700 seismic braces on existing utilities. All of the work was overhead and had to be conducted while maintaining full operation of the existing hospital.

“The central plant upgrades were added to the scope of the project when construction was nearly half-way complete,” said Scott Lawrence, former McCarthy project manager and now business development director, healthcare services.  “This complicated the project significantly due to additional OSHPD plan check requirements, increased subcontractor coordination and conducting highly skilled work around existing utilities and equipment. Through proper coordination and scheduling, we were able to complete the added scope while beating the original project schedule and without interruption to existing hospital operations.”

Operated by Los Angeles County, funding for the new emergency room and acute care facility was provided by state and county bonds approved by voters in 2002.

Olive View-UCLA Medical Center is located in the northern San Fernando Valley.  The main facility includes 377 beds and provides outpatient, surgical, obstetric/gynecologic, and psychiatric services.  The hospital is host to a number of residency programs and is affiliated with the University of California, Los Angeles (UCLA) School of Medicine.