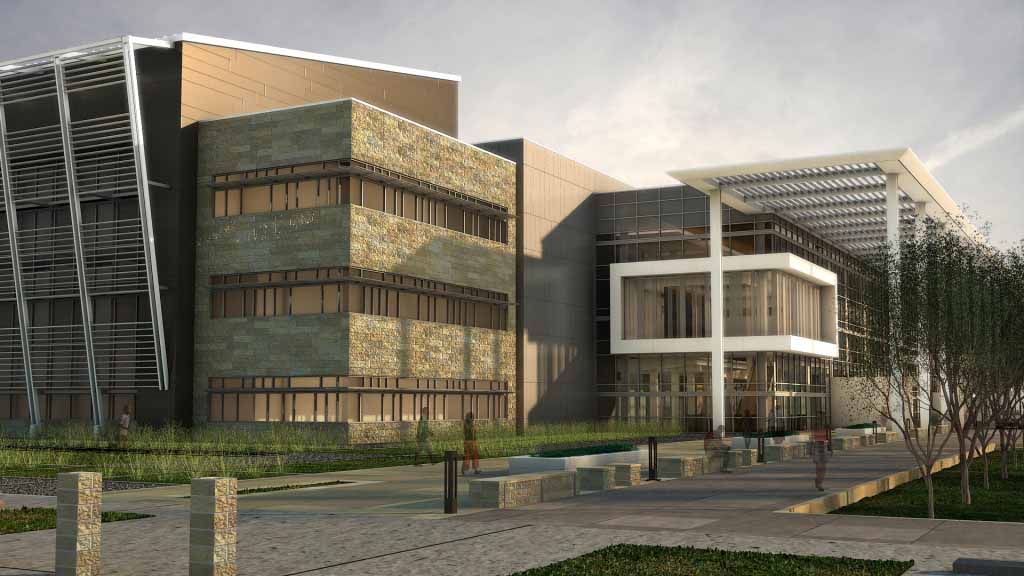 SAN ANTONIO, Texas — The Ambulatory Care Center at the Lackland Air Force Base has been selected to receive an Honor Award for Concept Design in the 2011 Air Force Design Awards. The Ambulatory Care Center, designed by HDR Architecture, is a new state-of-the-art replacement ambulatory surgical facility that promises to emerge as a world-class flagship medical facility. At an estimated 680,000 square feet, the $481 million medical center will become the largest Ambulatory Care Surgical Center in the Department of Defense, serving over 55,000 patients.

The Air Force Design Awards, established in 1976, are presented annually to recognize and promote design excellence. Honor awards signify the best in design.

“Each winner clearly demonstrated the highest level of design excellence, and I offer my most sincere congratulations on winning these prestigious awards,” said Lt. Gen. Loren Reno, Air Force Deputy Chief of Staff for Logistics, Installations and Mission Support, in his announcement.

The design concept for the Ambulatory Care Center represents a merging of styles blending the regional character of central Texas with the hi-tech expression of the Armed Forces.  The design also respects the strict architectural compatibility guide of the base, requiring masonry and bronze metal.  Further exploration of materials that evoked Texas and expression of sustainable design and technology were integrated into the design. The building shape itself is referred to as “Formation” and visually represents the United States Air Force.

Evidence-based design principles, best practice solutions and the expression of sustainable design have been incorporated into the facility design. Efforts include creating a patient- and family-centered healing environment that is intuitive to navigate and functionally efficient and flexible. Examples include access to natural light, views to nature, intuitive wayfinding, enhanced sustainability through energy reduction, and modular design of clinics for future flexibility. An airport-style concourse acts as the major orientation device for the complex, while internal courtyards aid in navigation and create pockets of light and intimate healing environments.

The HDR team was also tasked with writing the new Architectural Compatibility Guide for the Medical District of the Lackland Air Force Base, in an effort to raise the future state of projects in the medical district.