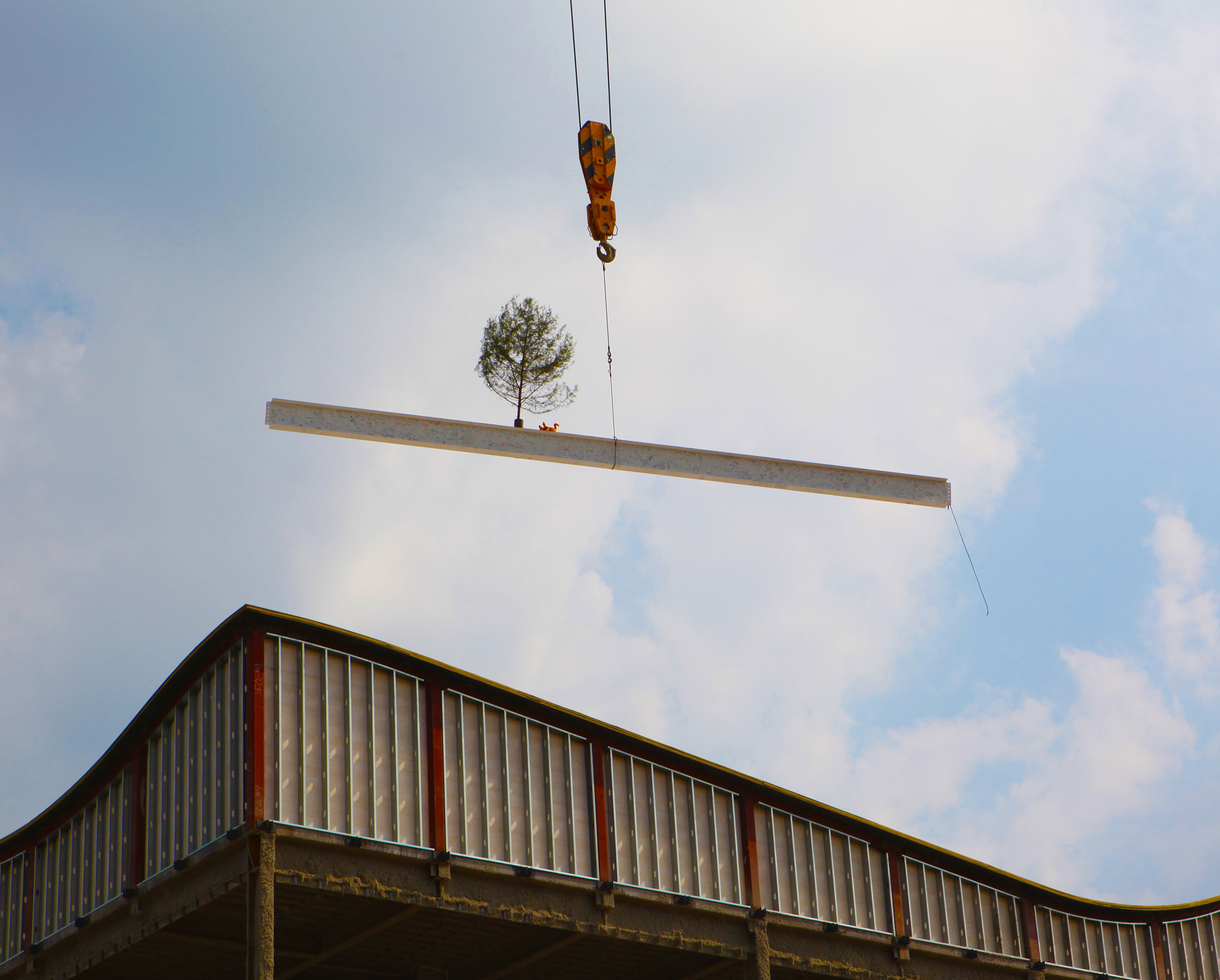 A milestone in ACH history was celebrated this week .  Hundreds of hospital team members, donors and supporters from the community attended the topping out ceremony for the South Wing, a new patient tower that is the largest construction project in the history of Arkansas Children’s Hospital.

ACH Board of Directors Chairman Dorsey Jackson made a surprise announcement of a significant philanthropic gift of $5 million from Arkansas-based J.B. Hunt Transport Services, Inc. The gift is designated specifically for the second floor of the new South Wing, which will house clinics for neurology, audiology, ENT and dental.  Kirk Thompson, president and CEO of J.B. Hunt, was on hand to sign the beam following the announcement.

A frequent patient of ACH gave the crane operator the command to “lift that beam” and the steel beam with thousands of signatures from the community was hoisted to the top of the building’s frame.  The four-story, 258,000 square-foot tower will create an additional 54 inpatient beds, expanding the hospital’s pediatric Heart Center and Neonatal Intensive Care Unit (NICU), and increasing the total bed availability to 370.  Also included in the new $115 million wing are new and relocated Hematology/ Oncology and Infant-Toddler units, as well as a new Emergency Department with an or­thopedics suite, decontamination unit and dedicated trauma rooms.  Expanded clinic space will include 56 new exam rooms and 19 additional procedural or diagnostic rooms. The South Wing was funded through cash reserves, philanthropic donations and bonds. It is targeted for completion in the summer of 2012.